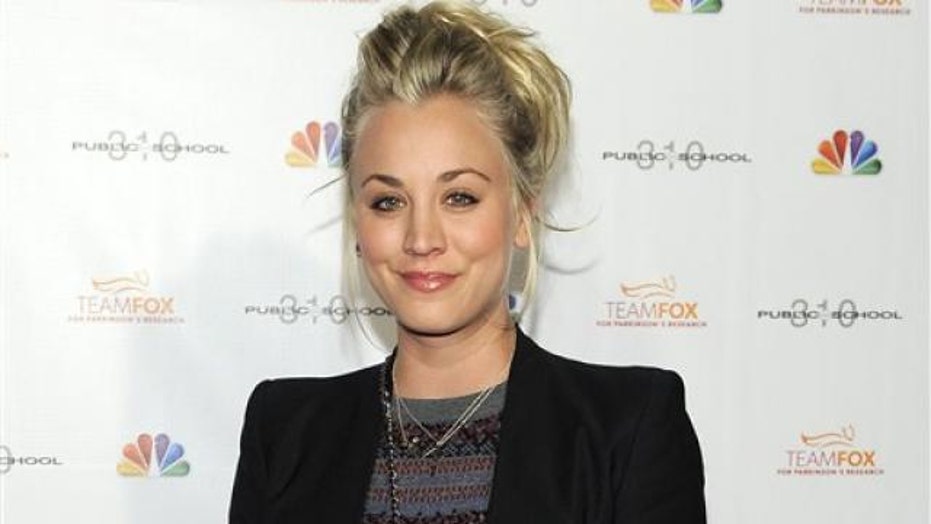 Actress says her plastic surgery was the 'best thing ever'

Newly single Kaley Cuoco really wanted to chat with Ben Higgins after watching the season premiere of "The Bachelor" with her sister Briana Cuoco.

"The Big Bang Theory" actress excitedly attempted to call into "The Bachelor Live" following the big premiere, but sadly, the lines were closed. "Those damn twins took our spot," Briana jokingly wrote on Instagram on Monday night. The former "Voice" contestant was referring to 22-year-old twins, Haley and Emily, who had Ben seeing double when they both stepped out of the limo to vie for his affection.

The Cuoco sisters aren't the only celebrities who love "The Bachelor." In September, Mila Kunis revealed that she was watching "Bachelor in Paradise" when she made her husband, Ashton Kutcher, tweet a selfie posed next to contestant Jared Haibon. This was in reference to when Ashley Iaconetti confessed that she thought Haibon looked like Kutcher.

Kunis has been watching Iaconetti since she was vying to win the heart of Chris Soules on "The Bachelor." "It's the first season I'm ever watching it. But it's so addictive," she wrote in a Reddit AMA session. "I mean, it's unbelievably addicting. In all 15 seasons or so they've done this, I've never sat down to watch it. But now -- oh my god, these women are crazy!"

Higgins is already winning the hearts of Cuoco and fans of the ABC show. When ET spoke with the leading man, he talked about what he's looking for in a relationship. "I want somebody that has a good foundation," Higgins said. "A foundation in their faith, a foundation with their family, [and] somebody who's excited to have a family."