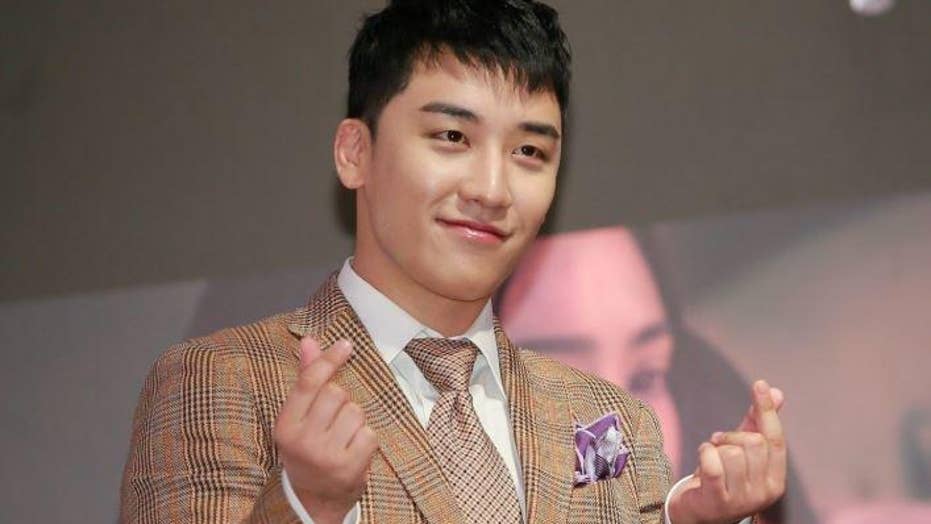 Korean pop star Seungri announces his retirement from his boy band, Big Bang, after being charged with supplying prostitutes to VIPs.

An immensely famous Korean pop star heralded as the genre’s “Great Gatsby” for his lavish lifestyle has announced his retirement from his boy band, Big Bang, after being charged with supplying prostitutes to VIPs.

Seungri, whose real name is Lee Seung-hyun, is a 28-year-old singer in South Korea's popular K-pop scene. He is one of the five members of Big Bang, who are considered show business royalty in the country and many other parts of the world. He announced on Instagram that he will be stepping away from music in order to fight the charges and preserve the band’s integrity as well as that of his talent agency backer, YG Entertainment.

"I have faced heavy criticism from the public for the last month and-a-half and I'm being probed by all investigative authorities in the country,” the star wrote in his Instagram post (via BBC). "As I've been branded as a 'national traitor,' I cannot stand the fact that I'm harming others for my own sake."

He promised to cooperate with the investigation, which the outlet reports stems from a police raid done at the Burning Sun nightclub in Seoul, where he acts as public relations director. Following an assault that took place at the club, Seoul police announced in January that they were investigating the club’s practices. Seungri was accused of supplying drugs to patrons and of urging staff to supply drugged women to VIP clients for sexual favors. He’s also been linked by local media reports to “sex bribery” by providing sex service to potential investors in his company, Yuri Holdings.

K-POP PHENOMENON GOING FOR SUPERSTAR STATUS IN US

As Variety reports, Seungri denied these allegations, but in February a series of text messages dating back to 2015 were provided to authorities that appear to show him urging staff members to supply prostitutes to potential investors. Seungri claims that the texts are a fabrication. However, that has not stopped police from charging him and prompting his early retirement. He could be looking at a three-year jail sentence if convicted of the charges.

Despite his best efforts, YG Entertainment shares have reportedly fallen by roughly 14 percent since the news broke.

The star had already canceled shows for his solo tour in February and March. He was reportedly expected to begin his mandatory military service, which all able-bodied South Korean men must do for two years, on March 25. However, because of the ongoing investigation, it’s unclear if that date will be kept.