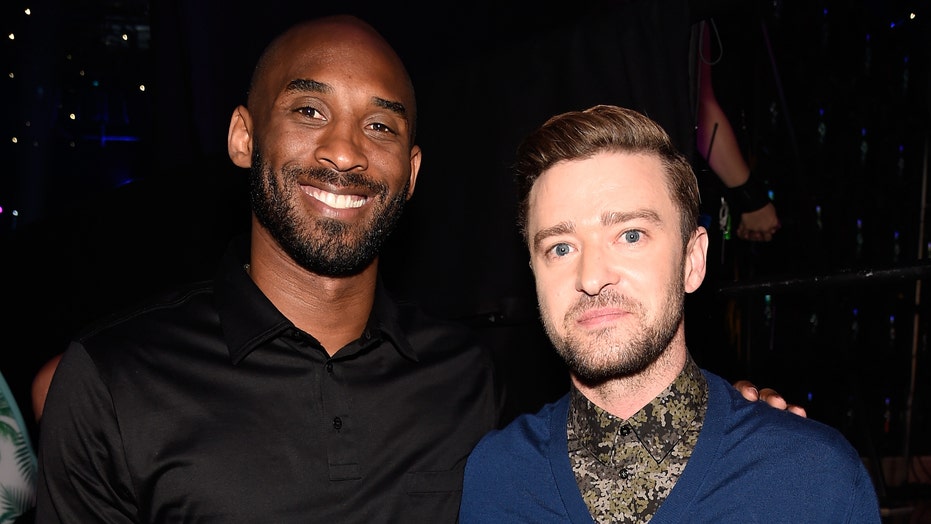 Justin Timberlake is mourning his friend.

The "Cry Me a River" singer took to Instagram on Monday to reflect on his friendship and final conversation with basketball legend Kobe Bryant, who tragically died Sunday morning at the age of 41.

Timberlake, 38, shared six photos of himself with Bryant shaking hands, hugging and laughing.

"We met when we were both teenagers and bonded over our drive and process. I was in awe of what you could do with a basketball and knew your talent went beyond your physical gifts and stretched to your mentality," Timberlake wrote in the caption. "A mentality that I would take with me throughout my whole career and still use every day."

"And, through ups and downs, championships and injuries, you still remained with an unwavering resolve about your mentality to remain fierce to competition. But, every time we would speak or text, something started to change..." Timberlake wrote. "Your patience and ease grew. And it inspired me to continue to grow for myself."

Kobe Bryant and Justin Timberlake attend the Teen Choice Awards 2016 at The Forum on July 31, 2016, in Inglewood, Calif.  (Kevin Mazur/Fox/Getty Images for Fox)

The two would often swap "old man jokes" with Bryant nicknaming himself "Vino" in reference to aging like fine wine, according to Timberlake's post.

His aging, however, didn't slow Bryant down.

"But, you never stopped aiming to inspire me," Timberlake said. "Your confidence in me was huge - it really affected me because I admired you so much. I don’t mean as one of the greatest athletes ever. I mean as a person. People sometimes can confuse a will to win with a lack of compassion. That wasn’t you. You had both qualities."

The singer then turned his focus to the last time he ever spoke with his close friend.

Justin Timberlake cheering on Kobe during the quarterfinals in the 2012 NBA Playoffs.  (Harry How/Getty Images)

"The last conversation that we shared was about being fathers and what that meant. That was, beyond all the things that we could do in this world, our true legacy. Who our children are and what beautiful people they will become," wrote Timberlake. "And, I guess right now, without being able to find all the words, THAT father connection is what is most devastating for me. I am sending my love to Vanessa and your family and to the families of everyone connected in the mourning of this terrible tragedy."

"My heart is broken and my family lifts you up in our thoughts and prayers," he continued. "Kobe ... You have connected so many of us. The Mamba Mentality will last for all of time. I know that will be a source for me every day as it has been for so many days before. Your legacy is with us. It’s our responsibility to pass it down now. I hope I can continue to make you proud, Vino. Champ, MVP, Legend, Hero, Inspiration, Father, Friend. I’m gonna miss you, brother."

In 2016, Timberlake presented Bryant with the Icon Award at the ESPY Awards, along with Peyton Manning and Abby Wambach.

“Their primes were as great, as legendary as any in history,” Timberlake said while presenting the award, according to Variety. “Super Bowl titles, Olympic gold medals, NBA championships, obliterated records. These are the achievements that are supposed to make you immortal.”

Similarly, Bryant presented Timberlake with the Decade Award at the 2016 Teen Choice Awards.

Bryant was among nine people killed in a helicopter crash in Calabasas, Calif. Bryant's 13-year-old daughter, Gianna, was also among those who were killed.