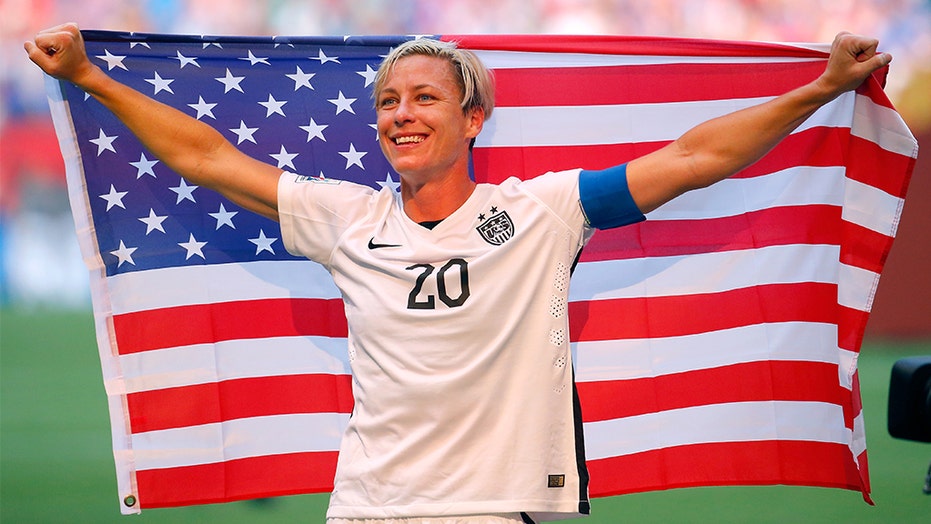 HARRISON, N.J. – Retired U.S. soccer star Abby Wambach – one of the most prolific soccer players in the world with a record 184 goals in 256 international appearances – has been selected for the National Soccer Hall of Fame.

The 38-year-old, who retired from the game after winning the 2015 FIFA Women’s World Cup in Canada, was surprised by the news Saturday afternoon by her former teammate Julie Foudy after a sit-down interview with her.

“I was joking with my family this morning that (this honor) means that I’m now officially a has-been,” Wambach told reporters Sunday at the U.S. women’s team World Cup send-off match against Mexico. “This award is actually quite cool because it allows me to feel a little important once again.”

Wambach is set to be inducted Sept. 21 at the new hall building in Frisco, Texas, alongside former U.S. Soccer Federation president Sunil Gulati, who served from 2006 until last year.

“These individual awards have always paled in comparison to the relationships and championships I was able to be a part of,” Wambach said. “For sure the thing I miss the most about playing is the people and being down on the field.”

Abby Wambach, left, hugging Sunil Gulati, the former president of the United States Soccer Federation, during a celebration honoring the National Soccer Hall of Fame Class of 2019 at halftime of the match between the Unites States and Mexico on Sunday in Harrison, N.J. (AP Photo/Julio Cortez)

“It’s been so unique and exciting watching this team grow over the last three years. They are just kind of getting started,” she said, adding that the focus now should be on the members of the current team and what they will accomplish in France next month.

Wambach praised the front three in the lineup – Alex Morgan, Megan Rapinoe and Tobin Heath – saying other teams will have a really hard time defending against them.

“I think the whole idea with soccer is, score more than the other team, and it’ll just be really exciting to see how they will create goals,” she said. “I think this team, we haven’t even seen the potential they could get to.”

The American women beat Mexico 3-0 on Sunday afternoon. They head to Europe later this week for the Women’s World Cup as defending champions.

The U.S. is set to play Thailand for its opening match on June 11. All games can be watched live on Fox Sports.