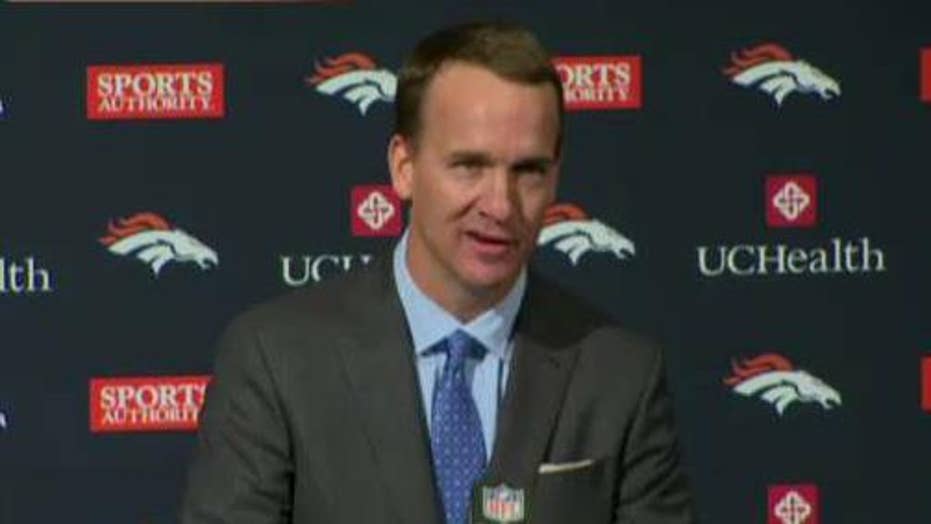 Watch out, Knoxville – the Sheriff is back in town.

In a playful nod to the retired football star’s University of Tennessee jersey number and famed nickname, “Saloon 16” will open for business in 2020 in the Graduate Knoxville hotel, BroncosWire reports.

DINERS AT ENGLISH RESTAURANT ACCIDENTALLY GIVEN $5,700 BOTTLE OF WINE INSTEAD OF BOTTLE THEY ORDERED

The quarterback played at the University of Tennessee from 1994 through 1997, competing in the NFL from 1998 to 2015, first for the Indianapolis Colts and later for the Denver Broncos. (Getty Images)

Fans can look forward to a “western-inspired, high-end ‘watering hole’” that will be styled as a “vintage saloon” with a “jukebox, dart board, live piano and outdoor dining,” according to the Knoxville News Sentinel.

Manning, 43, has teamed up with Graduate Hotels in the venture, and Saloon 16 will be housed inside the inn. At present, the hotel is currently a Hilton Garden Inn; renovations for the new digs are slated to begin December 2019, the News Sentinel reports.

The quarterback played at the University of Tennessee from 1994 through 1997 and competed in the NFL from 1998 to 2015, first for the Indianapolis Colts and later for the Denver Broncos.