Justin Bieber recently shared a message from a celebrity pastor in Florida about trusting God, as a way to promote both his faith and his new clothing line.

The "Sorry" singer, who has been open about his mental health struggles with his 114 million Instagram followers, reposted a clip of Pastor Rich Wilkerson, Jr.'s talk during VOUS Conference 2019 in Miami.

"I'm telling you over and over again, leadership is this feeling, 'I'm scared but I'm trusting that I'm prepared,'" Wilkerson said.

"Jesus, He says something here in this text that's kind of amazing to me because here he is going, 'Father, not my will but your will. Let this cup pass from me. I don't really want to do this. I don't really feel like doing this. This is scary. This is a big deal going to the cross."

DawnCheré, Wilkerson's wife, who struggled for many years with infertility until they had their son Wyatt Wesley last year, called it a "special" session. Wilkerson is seen speaking with fellow pastors Mike Todd of Transformation Church in Tulsa, Okla., and Chad Veach of Zoe Church in Los Angeles, Calif., during an afternoon panel.

"[Jesus] says the flesh is weak but the spirit is willing, and I think today is what we want to try to attempt to answer a little bit is, what does it look like to prepare a ready spirit? What does it look like to have a spirit that is prepared and available for when God says 'it's time to step out and go,' that although you are afraid, you will remind yourself of God's word, that it's not by might, nor by power, but by the spirit of God."

"Can I get a witness in this afternoon session if you know what I'm talking about?" Wilkerson concluded in the clip. "You might be scared but I got a feeling God wants to prepare you." 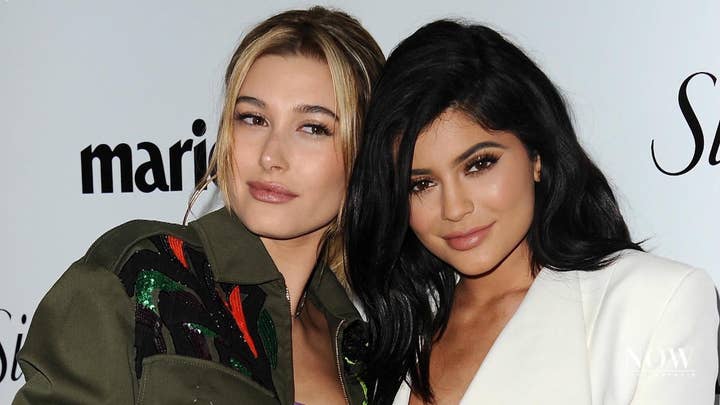 The yearly VOUS (short for Rendezvous) Conference, which aims to help people "encounter God, equip the church and empower next generation leaders," is special for Bieber and his wife, Hailey Baldwin, who frequently attend Hillsong Church together. The two have shared it was there where they rekindled their love last year.

“The common denominator, I promise you, is always church. By then we were past the drama. I just gave him a hug. By the end of the [2018] conference, he was like, ‘We’re not going to be friends.’ I was like, ‘We’re not?’" she said, alluding to Bieber's plans for more.

Within a month, the two were engaged and months later married. This year they attended as a married couple.