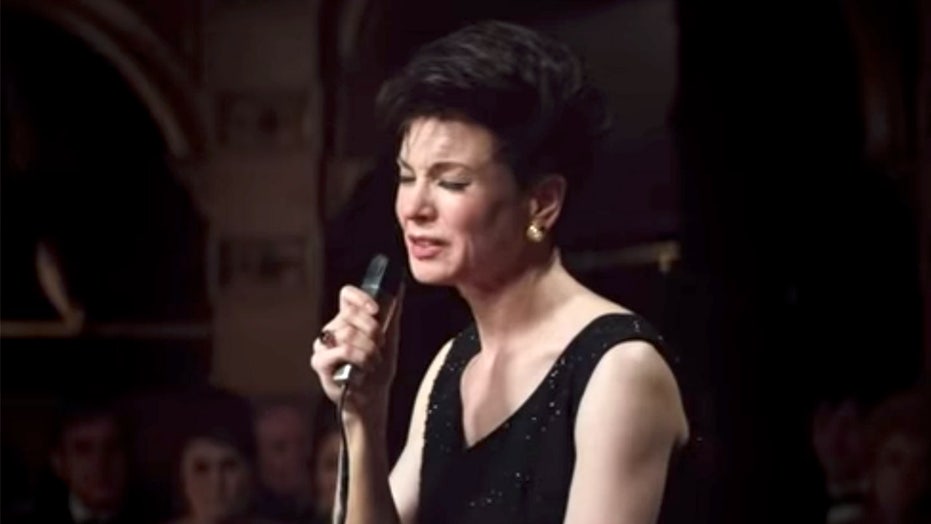 Renee Zellweger navigates the Hollywood landscape in her own unique way.

The 50-year-old actress has said she’s over the routine that so many other stars have become comfortable with and is only interesting in taking roles that are different and challenging at this point in her career.

"I kind of tend to run my own race," Zellweger told Entertainment Tonight Thursday evening at the Los Angeles premiere of "Judy."

"It was a different time back then. When Judy was entering into the movie business, that was the zenith of culture, not just pop culture," Zellweger explained. "As Americans, we all shared the same cultural experiences, we buy the same records, the same songs on the radio, and the movies played for months in the movie theaters. So we were all watching the same things, and shaping the conversations."

Zellweger portrays Hollywood icon Judy Garland in the forthcoming biopic and recently spoke with Fox News about how she was able to embody the troubled actress and singer.

The film chronicles Garland's 1969 visit to London, where she performed a five-week run of sold-out shows at The Talk of the Town nightclub, now the Hippodrome casino. Garland died weeks later of an accidental drug overdose at age 47.

"I approached it really humbly with curiosity and lifelong admiration – awe, really,” said Zellweger of playing Garland. “And I just wanted to learn as much as I could and read between the lines because I think that a lot of what we sort of address in the film has gone unaddressed or not.”

The “Jerry McGuire” actress continued: “It's just what isn't in the [contemporary] article that was written about her. What'd they leave out? What are the extenuating circumstances that nobody wants to talk about? What's happening in the private moments?