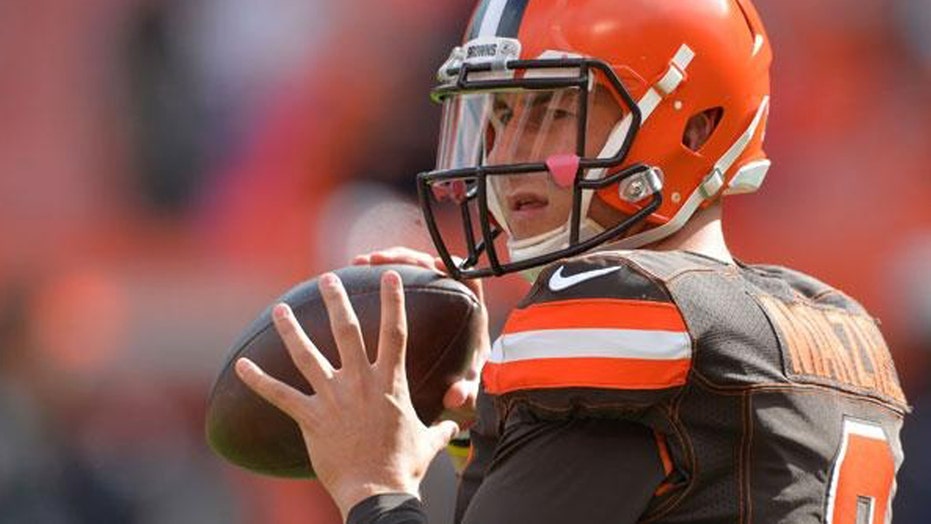 What caused Johnny Manziel to spin out of control?

Out-of-control ex-Browns quarterback Johnny Manziel — who, as Page Six reported, recently trashed a rental home in LA, allegedly causing $32,000 worth of damage — was a total party animal at the Bootsy Bellows and Avión pop-up at the Coachella music festival over the weekend.

“He arrived wasted, partied wasted and stayed wasted,” said a source of the NFL player whose career is in peril after his agent Drew Rosenhaus said he will drop Manziel if he doesn’t get help.

“Scott Disick was hanging with Manziel and Kendall and Kylie Jenner. It appeared as if [Manziel] crashed their table. He poured himself drinks from their bottles.” And, “He was stumbling as [singer] Post Malone hit the stage . . . He was dancing and sweaty,” we’re told.

Manziel was also spotted on Friday at a Nylon and Freeform party, and at Neon Carnival, a notorious after-party on an airport tarmac.

“He was mostly sitting in a corner with his friends, chain-smoking,” said a spy.

Another source said he and pals left at 3 a.m. with “five to seven girls.”

Also having a good time was Tara Reid. “She was a complete mess in VIP during Guns N’ Roses,” said a witness, who relayed that Reid inexplicably grabbed a pal to exclaim, “Let’s go sit by the garbage cans! Come on!”

And Courtney Love “was stumbling through the VIP [area],” a spy said. Their reps didn’t get back to us.