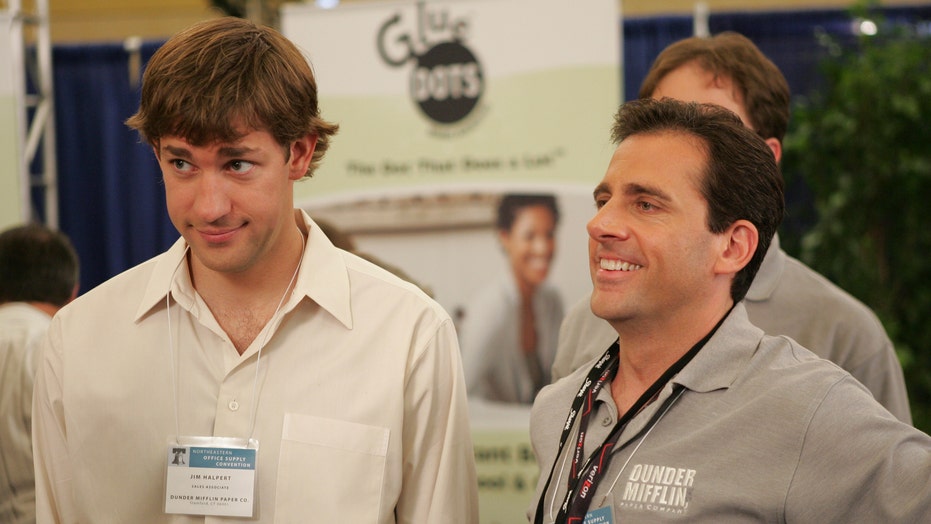 John Krasinski is keeping busy during the quarantine restrictions.

The 40-year-old actor-director decided to launch his own YouTube show, titled "Some Good News," and his first guest was Steve Carell. The former "Office" co-stars celebrated the 15th anniversary of the beloved comedy series premiering.

But first, the "Quiet Place" star did a short monologue acknowledging and thanking the healthcare workers who are risking their own lives to care for sick individuals during this pandemic.

Then, Krasinki called Carell: "So Steve, this week marked a huge anniversary for you and I. We were on a little show called 'The Office' and it turned 15 years old this week."

During their conversation, Krasinki, who played Jim Halpert, and Carell, who played Michael Scott, talked about their favorite episodes and favorite memories from their time on set.

“Some of the most fun memories, personally or professionally, are intertwined and connected with that show,” Carell said.

“I remember when we did the episode where you played Santa and were very upset that Phyllis was already Santa. So you were asking people to come sit on your lap and Brian [Baumgartner], thank God, was chosen to sit on your lap,” he remembered.

The friends also chatted about a reunion episode that fans are clamoring for.

“I know everyone’s talking about a reunion, hopefully one day, we just get to reunite as people. And just all get to say hi,” Krasinski said making a reference to social distancing.

“Just to see your face is so great. I miss you a ton man,” Carell told Krasinski when the interview was over. “I really think you’re going to make something of yourself.”