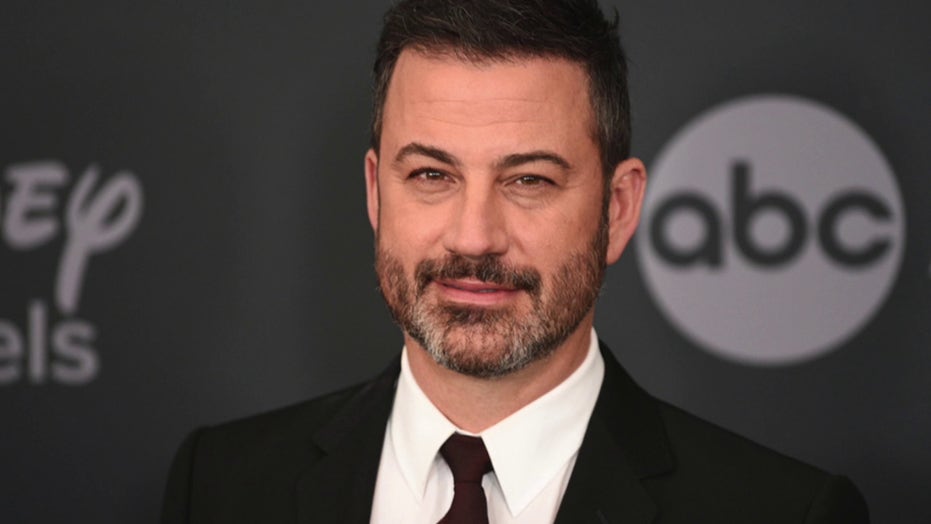 Late-night host Jimmy Kimmel is at the center of a cultural firestorm as multiple controversies from his comedic past have come back to haunt him.

Amid the national dialogue following the death of George Floyd, virtually every aspect of American culture is being revisited through the lens of racial sensitivity from monuments and statues, iconic food brands, to every form of entertainment. And Jimmy Kimmel is no exception.

Back in 2018, Kimmel pleaded to comedian Tom Arnold, who was promising at the time the existence of a tape showing President Trump using the N-word during his time hosting "The Apprentice."

However, it appears a tape exists showing Kimmel using the N-word. Several times.

Just days after Kimmel announced that he was taking the summer off from his show, Fox News obtained audio of a song he recorded imitating Snoop Dogg on a 1996 comedic Christmas album, "A Family Christmas In Your A--," which came out of the "Kevin & Bean" radio show that aired on KROQ-FM in California.

"I told that motherf---er Santa, bring a pick for my afro," the singer went on. The "three wise men" were described as "bringing gifts and sh-- for baby boo in the hay."

Liner notes from the cassette, obtained by Fox News, showed the album was co-produced by "Jim Kimmel" and credited Kimmel for all "comedy material" on the album, except for a handful of unrelated tracks. Kimmel also appeared on the album cover.

In a January 2013 podcast, Kimmel recalled recording the song, saying "This is when Snoop Dogg first came out, hit the scene, and I used to imitate him by only saying, 'You know what I'm saying?'"

"Jimmy, do you only do black people?" someone asks on the podcast.

During the same podcast, he also shared his imitation of black comedian George Wallace and recalled how he  "called the president of Comedy Central" from a New York City hotel room after he and friends had been drinking. 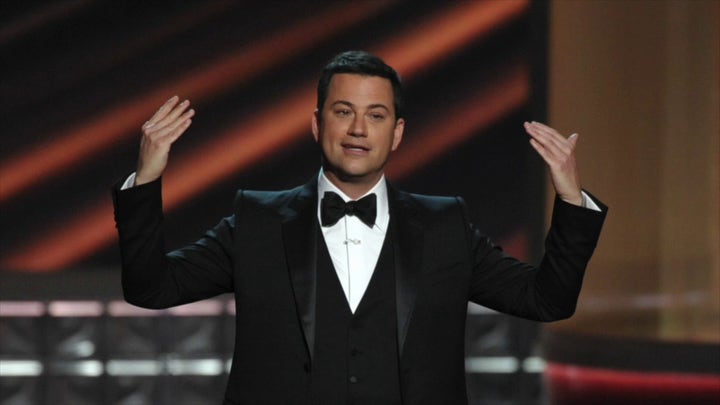 It has been previously known by Kimmel's critics of his past use of wearing blackface during his tenure hosting "The Man Show" in the early 2000s while impersonating former NBA star Karl Malone and daytime talk show host Oprah Winfrey.

However, the 52-year-old comedian has never addressed his past use of blackface or the N-word, particularly in the wake of George Floyd's death, unlike his NBC counterpart Jimmy Fallon, who offered multiple apologies for his use of blackface during a recently-resurfaced 2000 sketch of "Saturday Night Live" where he impersonated Chris Rock. He addressed the controversy on "The Tonight Show" earlier this month.

Instead, the ABC star addressed his own "white privilege."

"You hear the phrase 'white privilege' and it's easy to get defensive. The first time I heard it, I did," Kimmel said. "To me, white privilege was like what Donald Trump had -- a wealthy father and a silver spoon in his mouth. It wasn't what I grew up with, so I rejected it because I didn't understand what white privilege meant, but I think I do now..."

He continued: "Here's what I think it is: people who are white, we don't have to deal with negative assumptions being made about us based on the color of our skin... whereas black people experience that every day, like every day.

"And please don't tell me you don't ever make assumptions about people based on the color of their skin because I don't believe it. We all do, I know I have, I'm embarrassed to say it, but I have."

Kimmel's racially charged humor isn't the only type of comedy that has been called out by critics. The depiction of women on "The Man Show" has not aged well in the era of the #MeToo movement.

Days after sexual misconduct allegations emerged against disgraced film mogul Harvey Weinstein, an old clip from "The Man Show" surfaced showing Kimmel having women on the street play a game where they had to guess what’s in his pants using their hands.

In the clip, Kimmel suggests to one woman to "use two hands" and jokingly told another, “maybe it’d be easier if you put your mouth on it.”

During an exchange with another woman, he asked how old she was. She said she was "18."

“Are you sure?” Kimmel responded. “Because Uncle Jimmy doesn’t need to do time.”

As one contestant aggressively felt his pants with her hands, he jokingly told her “You’re gonna make a fine wife.”

Kimmel, who is still set to host the Emmy Awards this fall despite the ongoing coronavirus outbreak, announced on his show last Thursday that he was taking a hiatus to spend time with his family.

“There’s nothing wrong me, my family is healthy, I’m healthy,” Kimmel assured his viewers. “I just need a couple of months off. So, while I’m gone, a cavalcade of very kind and capable people will be filling in for me. I think you’re going to be very happy with them. They will be guest hosting the show.“

The "Jimmy Kimmel Live" host also appears to be laying low on Twitter, showing no activity since Saturday.