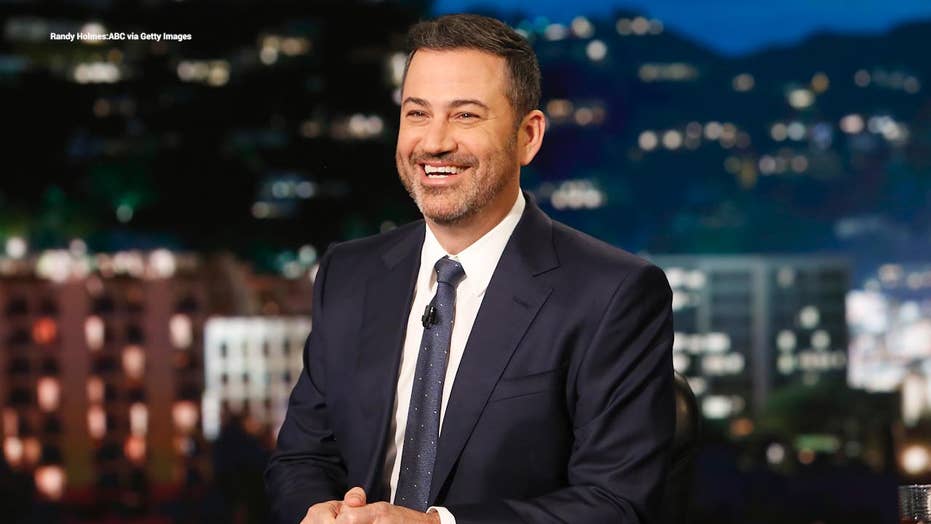 Jimmy Kimmel: What to know

Here’s a few things you may not know about late-night talk show host Jimmy Kimmel.

Jimmy Kimmel aired a misleading clip of Vice President Mike Pence carrying boxes of PPE into a hospital on Thursday, claiming the boxes were empty, but a reporter pointed out that the full video reveals he was simply teasing staffers about the boxes being empty.

“Here he is with no mask on, wheeling boxes of PPEs into a health care center, and doing his best to lift them, what a hero… since it was going so well, and also because he didn’t realize he had a mic on, Magic Mike decided to keep it going, listen in closely here,” Kimmel said before playing audio from the footage.

The ABC late-night host showed a staffer telling Pence the leftover boxes were empty and it was time to go.

“Well can I carry the extra ones? Just for the camera?” Pence asked.

Kimmel then scolded Pence without revealing the context of the footage.

“Mike Pence pretending to carry empty boxes of PPEs into a hospital is a perfect metaphor for who he is and what he’s doing. A big box of nothing,” Kimmel said.

The misleading clip was shared on Twitter and attracted over 2.7 million views.

“This isn't true. The clip cuts out at a selective point. When you watch the CSPAN footage (9 min in), Pence makes the crack about carrying the empty ones and the guy says ‘Absolutely. They're a lot easier!’ Pence laughs then immediately shuts the van door,” Mack wrote, adding a link to the CSPAN footage.

“Pence and the other officials lift boxes that clearly weigh something (i.e. contain things). Pence returns to the car, makes the empty box comment with a smirk, guy responds with crack of his own, they laugh, Pence closes door,” Mack added.

The BuzzFeed deputy reporter also noted that Kimmel removed the clip from Twitter once he was confronted.

However, when the person who shared the now-debunked, viral video making it appear that Pence was carrying empty boxes was confronted with the full clip, he didn’t delete it and instead added "additional context" and further mocked the vice president.

Kimmel eventually tweeted his “apologies” but managed to slip in a jab at the Trump administration in the process.

The full CSPAN clip can be seen below: