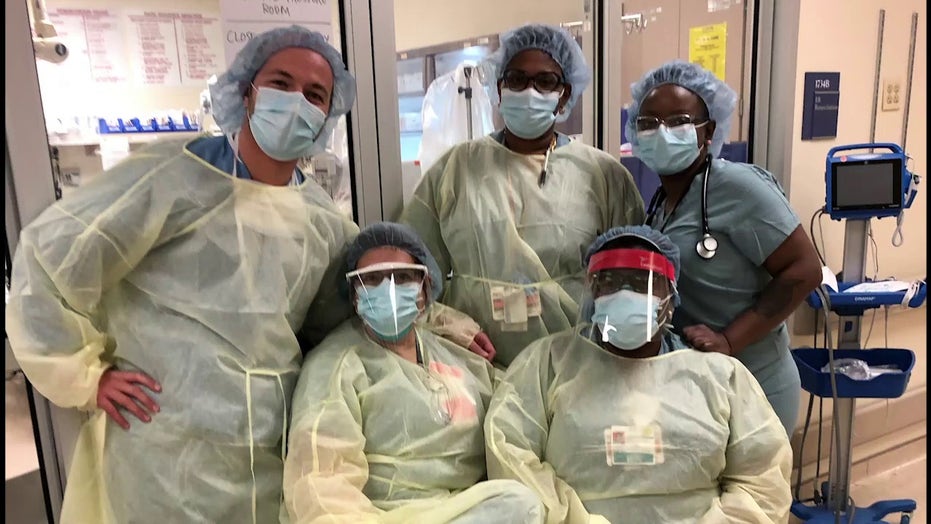 Health care workers reflect on the pandemic during Nurses Week.

A journalist from CBS’ Chicago affiliate was mocked on Twitter for a report that urged citizens to call 9-1-1 on the ice cream man for breaking coronavirus guidelines.

“That iconic music screams summer, and we all scream for ice cream, but during the pandemic… getting close to the ice cream man could mean getting something else. Fact of life, yet here is Mr. Freeze – not his name – in his truck of treats, unmasked, ungloved, taking cash for cones,” Edwards said.

The report then aired footage of another apparent CBS Chicago assignment desk editor staffer confronting the ice cream man; “You think it’s a good idea to be doing this with the stay-at-home order?”

The ice cream man responded, “Why are you trying to take ice cream out of the hands of children?”

The ice cream man and apparent CBS staffer bickered back and forth about coronavirus guidelines before he eventually drove off – all of which was captured on video and included in the report.

Edwards then appeared in-studio who broke the news that “ice cream trucks are banned” in Hoffman Estates, the neighborhood in which the ordeal took place.

Edwards then tweeted out the segment, which was immediately criticized by users who felt the reporter was snitching on a man trying to earn a living.

“No gloves? No Mask? No problem. This ice cream man is not only ignoring COVID-19 protocol, but he's breaking the law,” Edwards wrote on Twitter to accompany video of the on-air segment. “Such trucks are forbidden Hoffman Estates. The Village Manager says if you see him, call 9-1-1.”

Edwards did not immediately respond to a request for comment on the backlash.

One critic prompted a response from Edwards by asking, “What law is he breaking Brad? Please cite the specific one.”