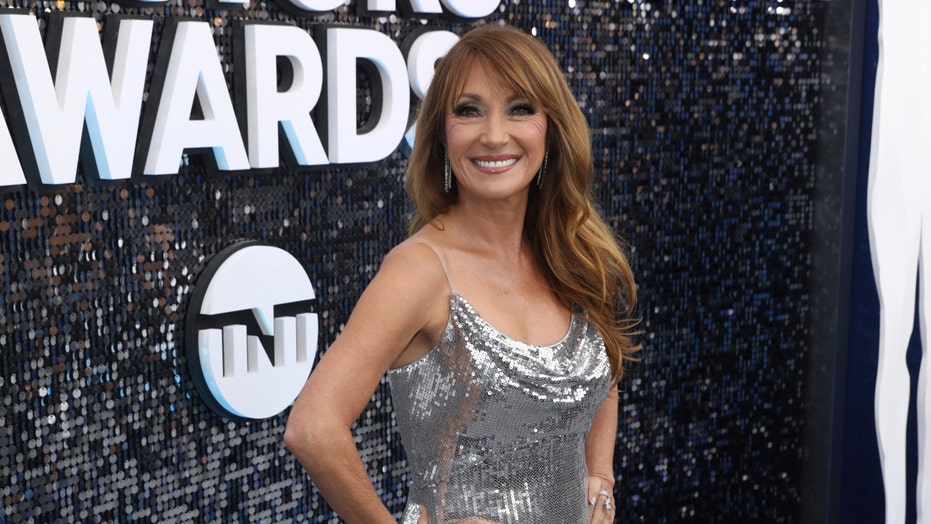 Jane Seymour is aging in reverse.

The 68-year-old actress looked stunning on the red carpet at the 2020 SAG Awards on Sunday night in Los Angeles. She showed off her slim figure in a silver metallic gown which featured a cowl neckline and spaghetti straps.

While making her way down the carpet, she spoke with "Access Hollywood" about getting ready for the event. Seymour admitted she wasn't wearing any underwear beneath her gown. "No room for underwear!" she laughed.

Seymour also spoke about her beauty routine and how she maintains a healthy lifestyle.

"I decided 23 days ago that I was going to get super healthy, and I lost 12 pounds and I went back to how I used to be when I was 17," she explained. "I did that intermittent fasting. I eat healthy anyway and I quit drinking."

"The Kominsky Method" star previously spoke about what it's like dating in her 60s.

“I kind of had a little bit of experience in that because I found myself single six years ago and I said to my daughter, ‘What am I going to do? I can’t date, I wouldn’t know what to do. How does this work?'" Seymour told Closer Weekly.

JANE SEYMOUR, 68, SAYS 'NOWADAYS NOT EVERY DESIGNER WILL DRESS SOMEONE MY AGE'

Seymour has been married four times. Her last marriage to James Keach ended in 2015 after more than two decades together. The former Bond girl and “Dr. Quinn” icon said it’s been a while since she hit up the dating scene.

“It had been 25 years,” she explained. “I mean, Tinder wasn’t going to happen. You know, the whole idea of you know that age... It’s like, well, my gosh, first day, what did we do? I mean, how many dates do we have before you kiss? And yeah, and then? And then what do you do about children and grandchildren?”

Seymour is reportedly in a relationship with David Green, a man she met 40 years ago.

“I just think it’s pretty remarkable, actually, because most women my age do not find someone else,” Seymour said to Us Weekly at the time. “If they do, they usually find a much younger man, and it’s an uneven relationship.”

“I think it’s really wonderful I found a contemporary, someone I knew 40 years ago,” she continued. “We both had lives, and now we found one another, and we have another chance.”

However, Seymour isn’t in a hurry to walk down the aisle anytime soon. “I’m just enjoying life and not tying knots,” she said. “I don’t think knots work for me. No. I’m keeping my heart open.”