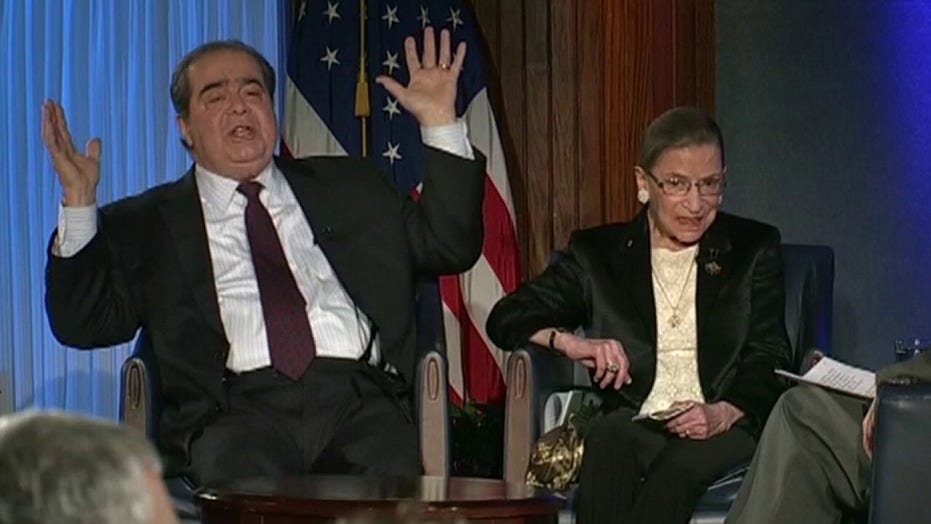 Ginsburg and Scalia: What made their 'surprising' friendship work

Jane Fonda urged Democrats to be "as tough as Mitch McConnell" and not allow Republicans to fill the vacant Supreme Court seat left behind by Justice Ruth Bader Ginsburg.

Fonda spoke on "Real Time with Bill Maher," after news broke during the taping of the show that Ginsburg had died at 87 after a long battle with cancer.

As a political battle looms over Ginsburg's replacement, Fonda pleaded that the left must hold the line following the bitter 2016 battle to replace Justice Antonin Scalia after his sudden death.

McConnell held up then-President Obama's SCOTUS nomination of Merrick Garland in 2016, citing the "Biden rule" -- made by the then-senator in 1992 about not confirming justices during an election year, particularly when the Senate is controlled by the opposing party. In a statement Friday evening, the Senate majority leader announced his intent to proceed with the confirmation process, despite the November election being just weeks away. 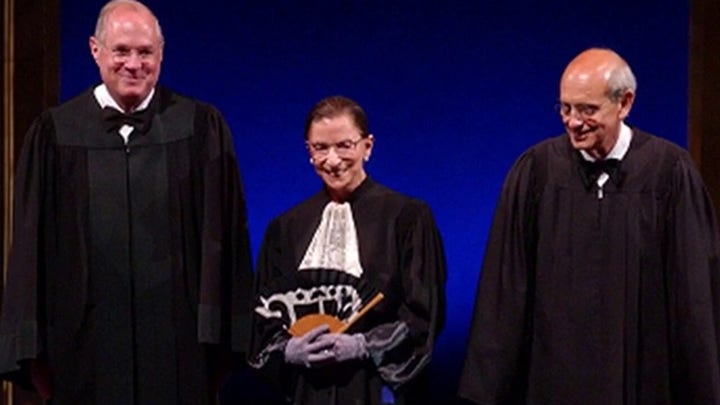 During "Real Time"'s panel discussion, The Dispatch writer-at-large Tim Miller predicted the battle over Ginsburg's vacant seat would get "really, really ugly" and that McConnell would "jam" the nominee through.

"This is literally the worst-case scenario," Miller said before predicting President Trump would pick Circuit Court Judge Amy Coney Barrett as his nominee.

After praising Ginsburg as "awesome," Maher expressed his concerns over the power Trump still has as president.

"I've said it before on this show, power begets powers," Maher said. "This is why you cannot let a guy like Trump become president -- because it's not just about the presidency."