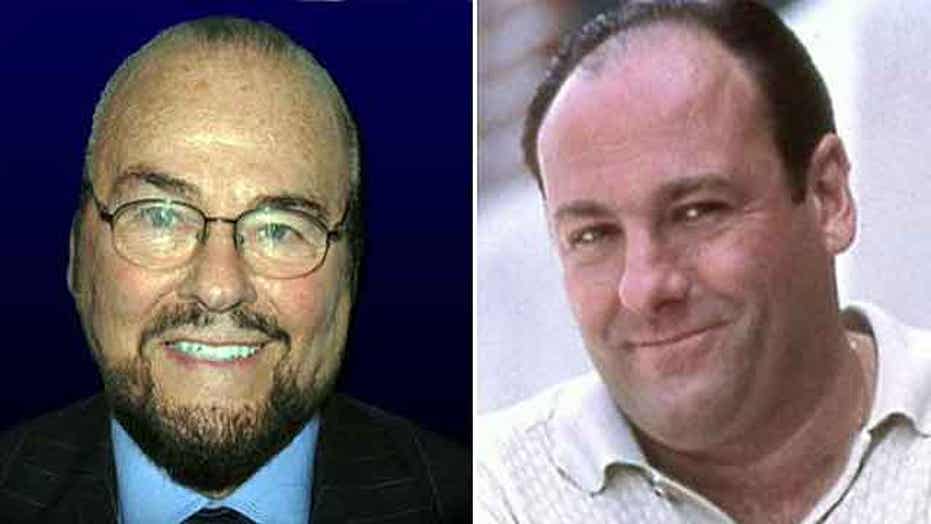 GQ magazine has an article in its July issue, on stands June 25, about the struggles the late James Gandolfini had on "The Sopranos." According to the piece, the show was often on the brink of implosion, primarily due to its temperamental star.

Violence, mysterious disappearances, and drug and alcohol issues are all cited in the extensive article titled “The Night Tony Soprano Disappeared.”

Here are some excerpts from the piece. You can read the full item at GQ.com.

Gandolfini’s troubles with drugs & alcohol, and his violent outbursts on set:

In papers related to a divorce filing at the end of 2002, Gandolfini’s wife described increasingly serious issues with drugs and alcohol, as well as arguments during which the actor would repeatedly punch himself in the face out of frustration. To anybody who had witnessed the actor’s self-directed rage as he struggled to remember lines in front of the camera—he would berate himself in disgust, curse, smack the back of his own head—it was a plausible scenario.

Gandolfini’s difficulty dealing with fame, his frequent absences, and the disappearance that nearly ended The Sopranos:

It did not help that the naturally shy Gandolfini was suddenly one of the most recognizable men in America—especially in New York and New Jersey, where the show filmed and where the sight of him walking down the street with, say, a cigar was guaranteed to seed confusion in those already inclined to shout the names of fictional characters at real human beings. Unlike [co-star Edie] Falco, who could slip off Carmela’s French-tipped nails, throw on a baseball cap, and disappear in a crowd, Gandolfini—six feet tall, upwards of 250 pounds—had no place to hide.

All of which had begun to take its toll. By the winter of 2002, Gandolfini’s sudden refusals to work had become a semi-regular occurrence. His fits were passive-aggressive: He would claim to be sick, refuse to leave his TriBeCa apartment, or simply not show up. The next day, inevitably, he would feel so wretched about his behavior and the massive logistic disruptions it had caused—akin to turning an aircraft carrier on a dime—that he would treat cast and crew to extravagant gifts. “All of a sudden there’d be a sushi chef at lunch,” one crew member remembered. “Or we’d all get massages.” It had come to be understood by all involved as part of the price of doing business, the trade-off for getting the remarkably intense, fully inhabited Tony Soprano that Gandolfini offered.

So when the actor failed to show up for a 6 p.m. call at Westchester County Airport to shoot the final appearance of the character Furio Giunta, a night shoot involving a helicopter, few panicked. “Nobody was particularly sad to go home at nine thirty on a Friday night,” says Terence Winter, the writer-producer on set that evening. “You know, ‘It’s just money.’ I mean, it was a ton of money—we shut down a f**king airport.”

Over the next twelve hours, it would become clear that this time was different. This time, Gandolfini was just gone.

Members of 'The Sopranos' cast and crew on constantly being worried about Gandolfini’s well-being:

But back in those tense winter days of 2002, long before "The Sopranos" legacy was set in stone, Gandolfini’s absence was becoming increasingly worrisome.

The production team had already performed all the acrobatics it could, shooting those few scenes that could be done without its star. The whole operation had been nervously treading water for days; many began to expect the worst—that the pressure, the substances, and the emotional turmoil had pushed Gandolfini over the edge.

Terence Winter, driving into work, heard a newscaster report, “Sad news from Hollywood today…,” and his heart stopped. “It was some drummer for a band,” Winter says. “But I thought, ‘Holy shit! He’s dead.’”

Sooner or later, the press, hungry for "The Sopranos" gossip at the best of times, would get hold of the story, and the upper echelon of producers at Silvercup and at HBO began to prepare a damage-control strategy.

Then, on day four, the main number in the show’s production office rang. It was Gandolfini calling, from a beauty salon in Brooklyn. To the surprise of the owner, the actor had wandered in off the street, asking to use the phone. He called the only number he could remember, and he asked the production assistant who answered to put someone on who could send a car to take him home.