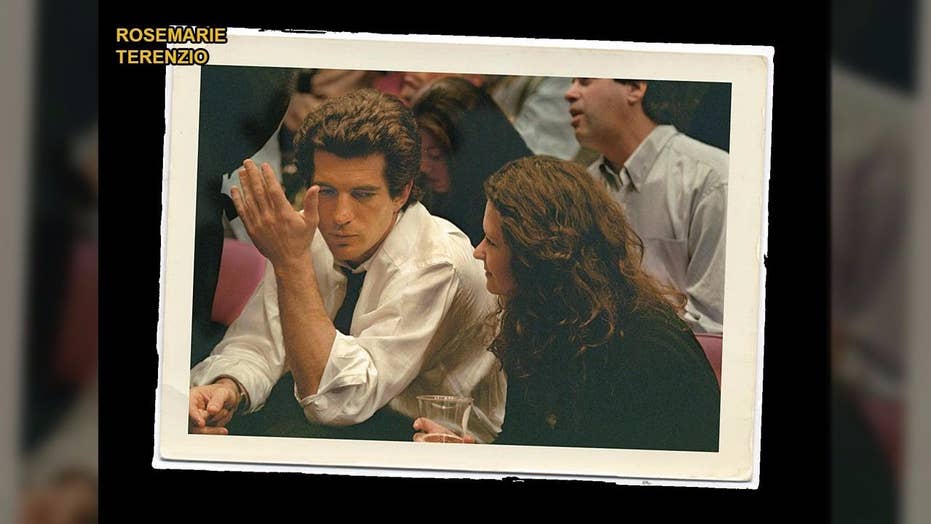 One of them involved his famous hair, which he hated.

“He used to keep this cream called Kiehl’s Silk Groom,” Kennedy’s assistant told Fox News. “I’ll never forget it. He used to keep it in his office and on the shelf. And he would use it all the time to get his hair to be flatter. He would wear a hat all the time. Even sometimes in the office, he would put the Kiehl’s Silk Groom and then he would put a hat on to flatten his hair.”

There was also his massive appetite.

“He would order like 10 different things for lunch and eat a little bit of everything,” she explained, chuckling. “So he would get like three different lunch deliveries. He would have rice and beans on a plate, a burger on another plate.

"He ordered everything, but he just ate a little of each thing. He also ate off my plate all the time. I would come back to my desk and there would be a chunk taken out of my lunch... He had an appetite, but he was always in shape… I actually never saw him finish an entire meal.”

Kennedy, son of the 35th President, as well as his wife Carolyn and her sister Lauren Bessette died in a plane crash on July 16, 1999, off the coast of Martha’s Vineyard while on their way to Rory Kennedy's wedding. And 18 years later, Terenzio still looks back at her time working for Kennedy and quickly befriending him.

But meeting Kennedy back in 1994 wasn’t a star-studded moment for Terenzio, who grew up in The Bronx with a big Italian family that “didn’t have much money.”

“He was starting George magazine with Michael Berman, who was my boss at the time,” she said. “And Michael had given him my office and he moved right in, so I was not very happy about that. I definitely [confronted Kennedy]. I said, ‘You don’t even have a job, why do you need an office?’ He was a little taken aback by my attitude to say the least.”

At the time, Kennedy was dealing with the loss of his mother, former first lady Jacqueline Kennedy, who passed away that same year at age 64 from non-hodgkin’s lymphoma.

“He never really had an assistant,” said Terenzio. “John and I just started kind of a banter of making fun of each other and teasing each other. It just worked out. And he went, ‘Well, why don’t you come work for me?’ And I said, ‘Well, what do you do?’ And he said, ‘This magazine and hopefully that’s what we’re going to be doing.’ I remember he said, ‘If this doesn’t work out, you know, if you want to move on, I know some people and I could probably help you find another job.’ I said, ‘You know some people?’ You know the whole Earth!’ So needless to say, it did work out, which was great. And we actually became really, really good friends in the process.”

George, a monthly magazine which focused on politics, launched in 1995 and ran until 2001. But even before the magazine hit newsstands, Terenzio was busy as Kennedy’s personal assistant.

“The phone rang incessantly. Constantly,” she recalled. “And we didn’t really use email. It was all phone. It just rang constantly. And the mail. He got so much mail. I would get three boxes of mail from the mailroom every day. And I would have to go through all of it and keep on top of it because it would pile up.”

In early fall 1994, Terenzio met the woman who would marry America’s most eligible bachelor of the moment.

“Carolyn and I had actually been speaking on the phone for a while, a few months before I actually met her,” she said. “She was very warm, she was friendly, and she was very much a girl’s girl. Like, ‘What’s going on? How was your day? How was your night?’ You warmed up right away with her. She was so open and she was just a really good friend. She was fun and she was funny. And so when I first met her, it felt like we had known each other. It was love at first sight.”

While tabloids covered Kennedy’s past reported flings with stars, like Madonna, Darryl Hannah, Sarah Jessica Parker, and Cindy Crawford, just to name a few, Terenzio believed Carolyn was different from anyone he encountered. The pair shocked the world with a secret wedding in 1996.

“John was ready,” said Terenzio. “She was ready. They were both ready to settle down… and Carolyn didn’t need John. I just think she saw him as a person. She understood his fame, his celebrity, and all of that. But I don’t think it was a factor for her and who he was as a person.

"Even though he was who he was, I don’t think Carolyn ever felt inferior to him. And that was important. She was independent and was her own person.”

Still, the couple struggled to mantain their private life because the paparazzi loved to track them, Terenzio claimed.

“I think John was under the impression that once he got married, it would die down,” she said. “It would go away. You know, he wasn’t this single, most eligible bachelor anymore. And that would make it a bit less interesting for him. But it didn’t. It actually intensified. The scrutiny on her, that intensified… He was recognized as America’s prince and who’s this girl? How did she get him? And I think [the press] were digging to find some secret reason why this was 'the one.'”

The stress of tackling the media proved to be a challenge throughout their marriage.

“I think it was twofold,” said Terenzio. “John had this big life. And just that alone was difficult. There were a lot of social obligations, charity obligations. Then you had the magazine and the family. So I think that was a little challenging. And I think obviously the media scrutiny… no matter how much people say ‘she knew what she was getting into,’ you don’t know until you’re in it. That was a huge adjustment for her.

Carolyn was stressed by her husband’s non-stop schedule with George, along with the growing attention from pestering paparazzi when she decided not to attend the family wedding. Instead, she was hoping to take a break. Terenzio said she convinced Carolyn to attend to avoid questions being raised on any reported marital woes. Carolyn would go on that fatal flight, which haunted Terenzio for years.

“It was very difficult,” Terenzio admitted. “It took time for me to get back up and figure out what I wanted to do next… there was a lot of trial and error.”

Terenzio chronicled her memories with Kennedy in the 2012 memoir “Fairy Tale Interrupted,” which helped her cope. Today she is the founder of a publicity firm. And while Terenzio’s career continues to flourish, she still thinks of her friends and what could have been.

“I don’t think he felt any pressure or felt any burden [to pursue politics] because of his name,” she said. “I think he saw it as a wealth of opportunity. And that he was very lucky. He thought about it. He certainly talked about running for office, but his priority was to make George a success.”