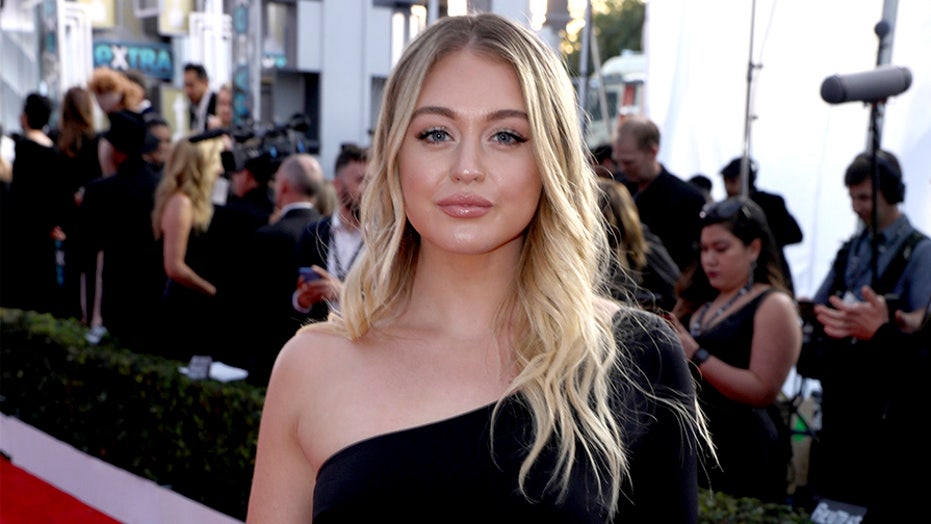 Model Iskra Lawrence has been in front of the camera since she was 13 years old.

She's been on hired to walk runways and featured in magazines, but her journey to achieve self-love and body acceptance was tough for the now 28-year-old celebrity.

In fact, Lawrence revealed in an interview with Women's Health that she was confused about her body at a young age because it didn't look like everyone else which hurt her self esteem.

“Relatively I was just a normal, healthy-looking teen. But I developed body dysmorphia and an eating disorder because I had these unrealistic comparisons," she told the magazine.

The British-born beauty said that she became obsessed with getting a "thigh gap" so often seen on models. “I never wore ankle boots, never wore skirts that cut me off at the wrong height, and even seeing knee-high boots on set would make me nervous," she said. "My thighs rub together. Even if I was unhealthfully restricting and trying every fad diet possible, I could never get a thigh gap."

When she was younger, the model recalled how people would retouch her photographs. "They gave me a thigh gap, slimmed my forearms, smoothed my skin, and removed all my moles," she revealed. "A team of people decided these things made me more beautiful. But these were things I couldn’t achieve. I never realized the impact it had on me, but I then thought about the impact it had on everyone consuming these images. It can be so damaging for your mental health and body image.”

One thing that Lawrence remodeled in her life was her vernacular. She no longer uses the words cellulite and stretch marks. Instead, she calls them, "celluLIT" and "tiger stripes" because "if you can get rid of that negative terminology or embrace it, it’s going to make you feel better."

She also practices giving herself compliments in the mirror when she a negative thought about how she looks.

MODELS FIRE BACK AT BODY-SHAMING CRITICS WITH POWERFUL INSTAGRAM

"It’s something you have to do daily until you get to a strong, confident place," Lawrence said of the practice. "And it’s something that you have to revisit when you’re questioning yourself...You have to get out of your head and break down why you’re feeling like that.”