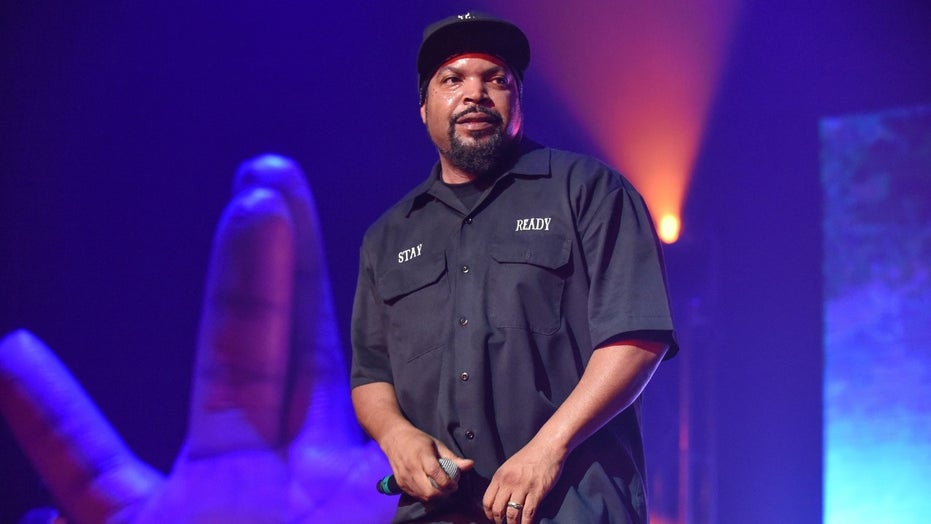 Rapper Ice Cube was slammed on social media on Wednesday with charges of anti-Semitism for sharing an image that appears to promote a Jewish conspiracy theory.

The performer, whose real name is O'Shea Jackson, took to Twitter and shared an image of the Star of David with an outline of a cube at the center.

He then followed that tweet with other images labeled "black cube of Saturn" with photographs of large black cube structures in Manhattan, Australia, and Denmark.

"Don't worry, Ice Cube can tweet as much openly anti-Semitic stuff as he wants, because WOKE," Ben Shapiro reacted.

"Yeah, it was always gonna end this way. Looking forward to the Mel Gibson/Ice Cube buddy cop film that is sure to come out in 2022," filmmaker Danny Gold joked.

This isn't the first time this week Ice Cube was leveled with anti-Semitic charges. On Saturday, the rapper shared another image that is known to be an anti-Semitic mural showing Jews playing the game of Monopoly on the backs of people of color.

In addition, he praised Nation of Islam founder and known anti-Semite Louis Farrakhan on Wednesday evening.

Ice Cube has been outspoken on Twitter amid the George Floyd protests, expressing animosity towards President Trump as well as police.

A rep for Ice Cube did not immediately respond to Fox News' request for comment.