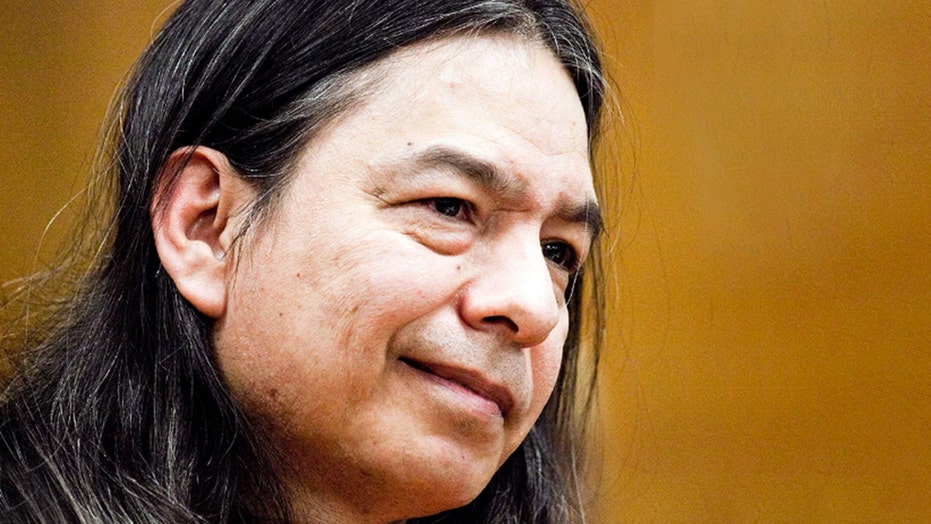 Sara McGrath is thankful she has been able to move on with her life after surviving a cult.

The case of Kansas cult killer Daniel Perez, also known as Lou Castro, is being explored on Sunday. The man, who led a commune known as Angel's Landing, collected millions of dollars in life insurance payouts from dead members and was sentenced in 2015 at age 55 to life in prison.

“You can survive a traumatic event,” McGrath told Fox News. “You can move on and life can be good after a storm.”

McGrath said she and her family joined the commune after Perez met her mother, Jennifer Hutson, a Wichita real estate agent who sold him a house, in 2001. McGrath was about 17 at the time.

“My mom had a journal and she had written how she felt she needed to protect Lou -- or Daniel,” McGrath reflected. “I guess he appeared innocent or as someone who cared too much. My mother was very thoughtful when it came to people so she felt like she somehow needed to protect Lou. He was very charismatic and quite the talker. He somehow appeared wise.”

In Angel's Landing, a 20-acre property located in a rural area north of Wichita, Perez convinced his communal family that he had magical powers, including the ability to see the future, The Wichita Eagle reported.

Sara McGrath with her mother during happier times. (Photo courtesy of Oxygen.)

When asked when she first realized something wasn’t right within the commune, McGrath responded, “Probably the first time that Lou raped me.”

According to the Wichita Eagle, Perez insisted to his followers he was a centuries-old angel who needed to have sex with young girls to stay alive. The outlet noted that the Kansas Bureau of Investigation’s sex offender registry showed Perez’s victims range in age from 8 to 16.

McGrath admitted she was too scared to tell anyone what had happened to her.

“I did not reach out and talk to anybody about it,” she said. “Even after he was sentenced, I was a bit scared.”

And more horrors occurred behind closed doors. In 2001, there was a plane crash that killed a group member, her boyfriend, and her 12-year-old daughter. In 2003, 26-year-old Patricia Hughes, a follower, drowned at the compound. Investigators initially believed she drowned while trying to rescue her 2-year-old daughter from a swimming pool. In 2006, her husband Brian Hughes was killed when a carjack failed and he was crushed.  He left the care of his daughter to Hutson, who died in a traffic accident in 2008.

In 2009, McGrath’s now-husband contacted the FBI.

“He wrote them a letter saying that he believed there were financial crimes going on as well as lots of abuse,” she recalled. “And the FBI contacted them back.”

An investigation revealed that the group moved from state to state, The Wichita Eagle reported. According to the outlet, six purported accidental deaths over seven years led to millions of dollars in life insurance payouts. The life insurance payout for Hughes’ death alone exceeded $1 million.

But the big break came when a girl told investigators she was 11 years old when Perez told her to give authorities a made-up story about Hughes’ demise. The girl claimed she had actually heard a splash and scream before seeing Perez drenched and out of breath.

Sara McGrath said she was too scared to come forward with her story. (Photo courtesy of Oxygen)

McGrath said she was terrified when she came face-to-face with Perez in court to testify.

“It was extremely scary,” she said. “I wasn’t sure that I was going to be able to do it. With the help of the district attorney and his assistant, I was able to do it. If it weren’t for them and my husband, I wouldn’t have been able to do it.”

The outlet shared that in 2015 Perez was handed two life sentences, plus 406 months with no possibility of parole for 80 years.

If there’s one message McGrath hopes viewers will get from experience is that cults can find ways to entrap people without them even realizing it.

“I don’t think [cults] are common,” McGrath said. “I think that my situation was very uncommon. My mom just kind of accepted all of these whimsical things that he would tell her. She was just sucked into it. I don’t think it’s a very common thing. But I also think that people who are in a cult may not realize that they’re in a cult until they’ve been out for a while. I didn’t realize I was in a cult until I had been out for a few years.”