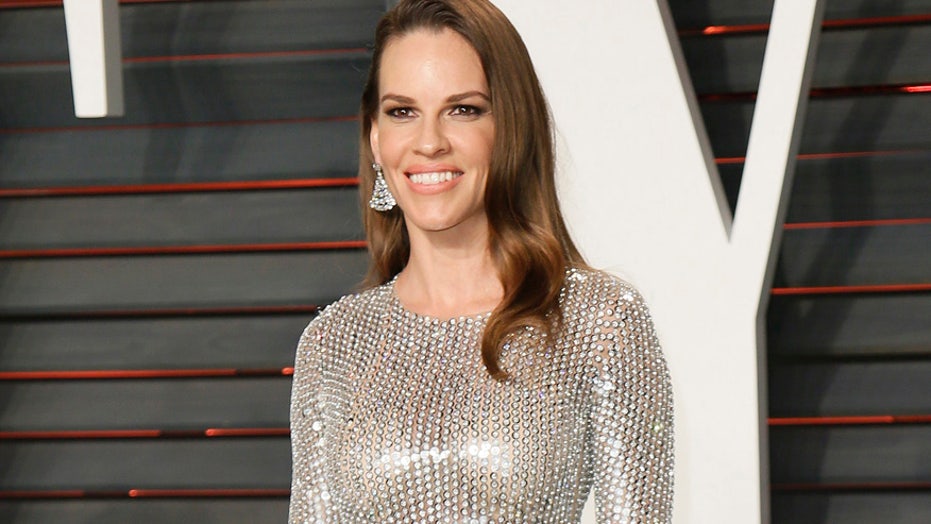 Not even winning two Oscars can protect Hilary Swank from developing a phobia on set.

The 46-year-old actress most recently appeared in the Netflix series "Away," in which she plays an astronaut on a years-long mission to outer space.

One difficulty stood out to Swank, as she explained in an Instagram post Saturday: filming in a spacesuit.

"I have never, not once in my life, had a phobia. Until now. And I’m gonna be honest, I never understood them, I always thought 'get over it, it’s just a spider, etc. walk away,'" she admitted in the post. "Until l, of course myself, became severely claustrophobic. To the point my entire body broke out in sweat and I was drenched within 30 seconds and my face looked like a very ripe tomato...and I almost passed out while trying on my finished spacesuit and helmet for the first time."

IN NETFLIX'S 'AWAY,' HILARY SWANK STARS AS AS ASTRONAUGHT IN TRAILER

The actress explained that her experience was mental and physical, but noted that "our mental minds" have a lot of control over such situations.

"After six months, I was not able to overcome my claustrophobia, but I was able to come to a type of meeting of the minds with it," Swank continued. "When we calm our minds and sit with the fear, NOT try and push it away, we can sit with it in a different way, that makes it 'doable.' Playing an astronaut in AWAY made me push into the sharp edges in a way I never thought it would."

The "Million Dollar Baby" star said that "in many ways," filming the show was "such an important lesson" for her.

"I hope that in sharing this you might feel less alone in whatever it is that takes over your mind and therefore body," she concluded. "Be patient with yourself."

The star added the hashtags "#WeAreNeverInThisAlone" and "#Away."

Along with the lengthy caption came a handful of photos of Swank on set wearing the spacesuit.

"So happy to hear you came to a sense of peace with it," wrote a follower in the comments. "As a viewer you made it feel like you were born to live in that space suite! Stunning performance and even more powerful now knowing it was troubling every time you had a scene inside it!"

"I am so blessed to watch you work," said Vivian Wu, who co-stars with Swank in "Away."