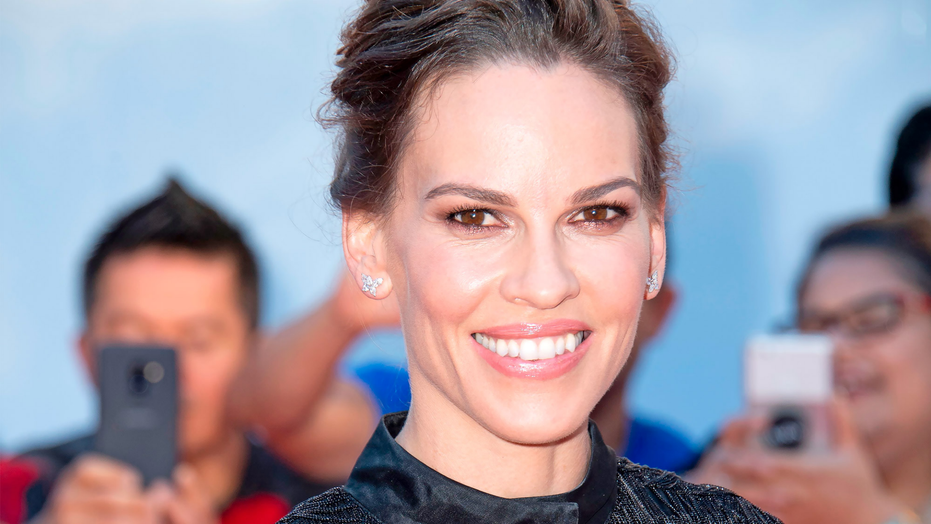 Hilary Swank has filed a lawsuit against the SAG-AFTRA Health Plan for allegedly denying her coverage for the treatment of ovarian cysts.

In court documents obtained by Fox News, Swank slams the plan's board of trustees for its "shockingly antiquated" questioning on "whether the sole purpose of a woman, and specifically her ovaries, is to procreate."

Swank alleged in court docs that the board "determined there could be no possible reason" to treat her ovarian cysts and endometriosis "other than for the purpose of trying to conceive."

The lawsuit details that Swank has suffered from recurring malignant ovarian cysts for 11 years. Back in 2009, she claims the plan's trustees agreed to cover her treatment but changed their mind in 2015.

HILARY SWANK DISCUSSES 3-YEAR ACTING BREAK TO CARE FOR HER SICK FATHER: 'IT TAKES A LOT OF ENERGY'

"It also just so happened that around the same time as when the Trustees no longer agreed to allow Swank's claims, Swank was undergoing procedures to preserve her ability to conceive in the future," the lawsuit claims.

Actress Hilary Swank is suing the board of trustees of the SAG-AFTRA Health Plan for denying her coverage to treat ovarian cysts and endometriosis. (Reuters)

The actress alleges that the trustees "repeatedly" informed her there was "no medically necessary reason to treat or monitor ovarian cysts other than for 'infertility treatment.'"

She is now seeking equitable relief as well as a declaration that the board "must qualify Swank for the future receipt of benefits" for treatment of the cysts and endometriosis, including interest and attorneys' fees and costs.

Swank, 46, has been a member of SAG-AFTRA and covered by its health plan since 1990. The lawsuit argues that she has "been an active supporter and spokesperson" for the board ever since.

The "Million Dollar Baby" star details in court docs how her life has been impacted by ovarian cysts, alleging that her left ovary "was destroyed and removed during an emergency surgery" back in 2008. She monitors the cysts "frequently and carefully," the lawsuit furthers. She also underwent testing for the diagnosis of endometriosis.

"Because of ovarian cysts and endometriosis, Swank suffers from extreme and debilitating degrees of acid reflux, pelvic pain throughout her lower abdomen, bloating, cramping and fatigue, among other symptoms," the lawsuit says.

She added that she has not submitted claims to the board for "any treatments undergone to preserve her ability to conceive."

It wasn't until a 2017 decision made by the board that the actress learned her treatments received after 2016 would not be covered. Back-and-forth correspondence to prove her treatments are worthy of medical benefits has taken place in recent years.

"Following the Trustees' decision, not only was Swank's physical health suffering, but she was undergoing a great amount of emotional suffering as well. On top of Swank's fear of not knowing when the next painful episode would occur, she had to contend with the mental weight of the Trustee's oppressive position in refusing to protect the overall health of a woman," the documents state.

The actress' lawsuit is a result of already "having exhausted her administrative appeals," the documents further say.

The star released a statement on Instagram late Wednesday, calling the logic of insurance companies around the country "barbaric."

"I'm truly exhausted by the way women's ovarian and cyclical health issues continue to be treated by healthcare insurance companies. I have experienced it in my own life, and I continually read about it across social media and in the press. Their policies are antiquated, barbaric, and primarily view the role of the women's organs solely as a means for procreation," her lengthy statement begins.

She continues that her hope is "to create change for all woman (sic) suffering from women's health issues that have to battle with insurance companies who diminish the significance of their problems, don't believe the patient (or their doctor's) explanations surrounding their suffering, and severely preclude coverage to only incredibly limited services and procedures."

She concluded by stating that she does not believe SAG-AFTRA's healthcare plan protects its members.

"If you're a woman suffering from female health issues, I have no doubt you'll agree with me. If you're a man, ask your mother, your daughter, your sister, or a girl friend. I already know the answer."

Reps for SAG-AFTRA did not immediately respond to Fox News' request for comment.