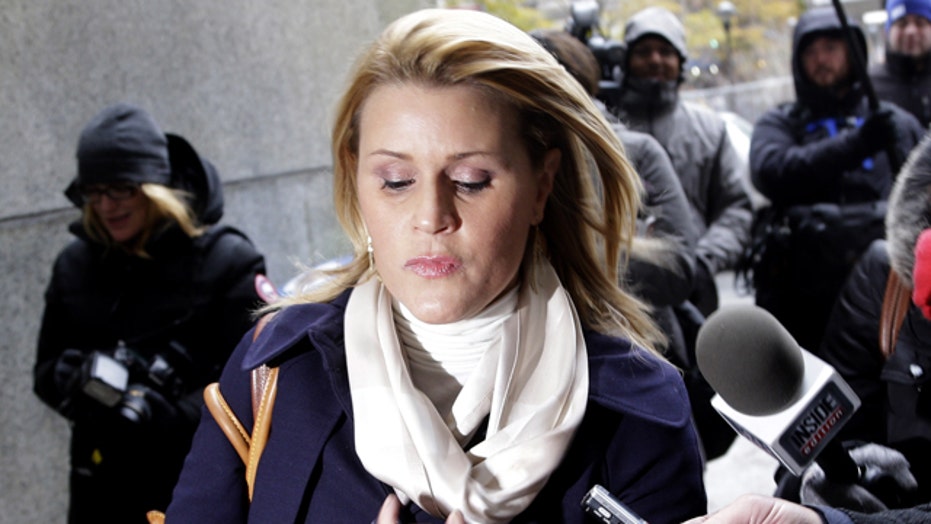 Alec Baldwin's alleged stalker Genevieve Sabouri was found in contempt of court this morning as she continued with her repeated outbursts, prompting a judge to send her to jail for 30 days.

“I can’t hear the attorneys. I can’t hear anyone speaking. I have warned you repeatedly. You have made it impossible for the court to proceed and for the proceedings to occur appropriately,” the judge told the French Canadian actress, according to the New York Post.

On Tuesday, Sabourin unleashed a stream of outbursts — "He's lying!" for instance — that prompted the judge to warn that he might remove her from court.

Sabourin greeted the development with a soliloquy about the strain of the trial and the pain of hearing what she says are false allegations, calling herself "a person who is totally exhausted, humiliated, beat up, destroyed, alone."

"My life is shattered in pieces," Sabourin said.

The sentence is supposed to begin immediately but The Post reported that Sabourin is still expected to testify in her own defense.

On Tuesday, Baldwin detailed his encounters with the 41-year-old woman, calling her appearance at one of his events "like something out of Hitchcock."

Hilaria Baldwin testified on Tuesday that she panicked upon seeing Sabourin. “I’ve never been more afraid in my entire life."

The "30 Rock" actor and his wife described several similar scenes, as witnesses against Sabourin.

"It was nightmarish," Baldwin said during a morning of testimony that at times approached theater in itself.

Baldwin sometimes came close to playing director, dilating on points he wanted to make, telling Sabourin's lawyer he sounded nervous and musing about having thought of turning Sabourin's voicemail messages into a play.

He and the Manhattan district attorney's office say it's a case of an acquaintance with a movie star turning into harassment. Sabourin says it was a romance that fell apart.

Baldwin, 55, said he met Sabourin at a lunch with a mutual friend in 2000 in Montreal, where Baldwin was filming a cameo in the sci-fi comedy "The Adventures of Pluto Nash."

Sabourin hails from the Montreal suburb of Candiac and was working as a publicist for the movie.

Ten years later, the friend asked Baldwin for a favor, the actor testified: Would he give some career advice to Sabourin? Sure.

“She was the mistress of a dear friend of his and he agreed to meet with her to discuss that she wanted to become an actress,” Hilaria said on the stand, according to the New York Post.

So Baldwin and Sabourin met at a New York restaurant in 2010 for what he characterizes as an hour-long chat about her acting prospects and she calls a romantic dinner that ended in a sexual tryst, which Baldwin adamantly denies.

Baldwin says he communicated with her afterward only to convey suggestions about acting classes, but she quickly shifted to professing her love and pleading for his.

She began leaving as many as 30 voicemail messages a night and sent a raft of emails that grew increasingly ominous in March 2012. One began: "Call the FBI now!" and said she had the address of his Hamptons home, had "easy access inside" his New York apartment building and would insinuate herself into places he worked and yoga classes taught by Hilaria.

Shortly after the actor and yoga teacher got engaged in March 2012, they were sitting in their living room in the Hamptons hamlet of Amagansett, N.Y., when he heard gravel crunch in the driveway. He looked out to see Sabourin getting out of a car, Baldwin testified, his eyes reddening as he recalled the episode. He called police; Sabourin left before they arrived, he said.

Days later, Sabourin appeared outside the couple's Manhattan apartment building and was arrested.

Baldwin said he had repeatedly asked Sabourin to let him alone, and some emails read in court include exhortations to stop. But he also sent some more sympathetic messages, including "happiness is around the corner."

Sabourin's lawyer, Todd Spodek, has said she was just seeking to resolve her feelings toward the actor, not threatening him.