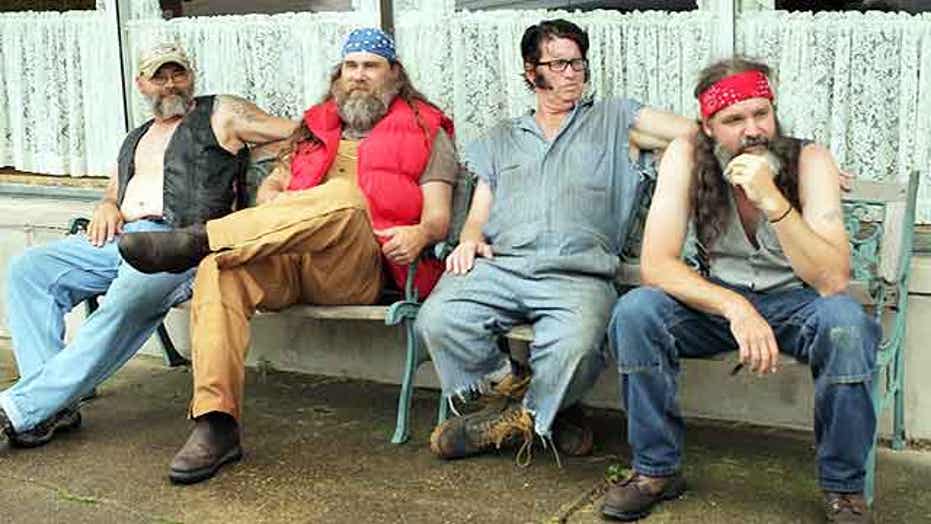 The producers of ‘Duck Dynasty’ have created ‘Porter Ridge’ for Discovery

The producers of “Duck Dynasty” are dishing out another family show, this time for Discovery Channel.

“Porter Ridge” looks at a tight-knit community whose code is simple: “respect the Lord, love your family and watch each other's backs.”

But will the new cable series attract as much attention—and as loyal a fan base—as “Duck Dynasty?”

Scott Gurney, who is the executive producer for both “Duck Dynasty” and “Porter Ridge,” said he expects new show will appeal to a similar demographic.

“This is great show for families to watch,” Gurney told FOX411. “It’s a great show for all ages and for males and females. That’s one of the things that’s great about ‘Duck Dynasty,’ it has such a broad audience, and I think this show will do the same thing.”

Fans of the A&E series about a family who work together to produce duck calls have often praised the show for its good, clean message and family-friendly plot lines. “Duck Dynasty” ends each episode with a prayer.

“We don’t tap into the religion as much in this show. It’s more about friendships, relationships and an older way of living… loving your neighbor.”

Still, Gurney said “Porter Ridge” should also leave viewers with a warm, fuzzy feelings as the episodes come to an end.

“I think that one of the big things that people love about ‘Duck Dynasty’ is that it’s a positive takeaway, and I think the same thing is going to exist with this series. “

But the similarities likely end there, he declared.

“This is a different show. It’s not ‘Duck Dynasty’… It’s not so much family based and more friendship based.”

The series follows a group of friends—and rivals—living in Southern Indiana, in an area with no rules, no leaders and no streetlights. And yet, somehow everyone manages to get along.

“Cameras follow this interesting culture that if you didn’t see it on TV, you’d honestly think it doesn’t exist,” Gurney said.

But it does. Gurney insisted that the series is unscripted—even though it seems implausible that one of the show’s stars shares his home with eight grizzly bears.

Jeff Watson, 48, appears on “Porter Ridge” and spends his days with his neighbors and with his domesticated bears.

“They’ve been in my house, but they don’t stay in here all the time,” Watson said of the bears.

It is elements like his pets that make the series so dissimilar to anything else that’s on TV, Watson said.

“I don’t know if there is anything out there that I can compare this show to. I wouldn’t compare it to ‘Duck Dynasty.’ So many people are making that comparison… The only similarity that I would see between our show and ‘Duck Dynasty’ is funny characters,” he said.

In fact, Watson said—if anything—he thinks “Porter Ridge” is much more reminiscent of TV shows from an earlier time period.

“To me this show is a mixture of ‘Dukes of Hazards meets ‘Little House on the Prairie,’ meets ‘The Waltons,’ meets ‘Andy Griffith.’”

And though it’s not a sitcom, Watson insisted the wholesome reality show wouldn’t be painting a picture of Indiana overall.

“We’re not trying to represent the whole state of Indiana… This is us. We’re just individuals. We’re not in any way trying to say ‘this is Indiana’ or ‘this is southern Indiana.’”

Like Gurney, he predicts the show will attract families.

“I’m sure there are people out there who would like to see a show that’s less cussing, more family values, camaraderie, rapport, relationship between the characters, not a lot of fighting between everybody… I think people are getting a little tired of too much drama and they want to see people getting along, and we get along around here.”