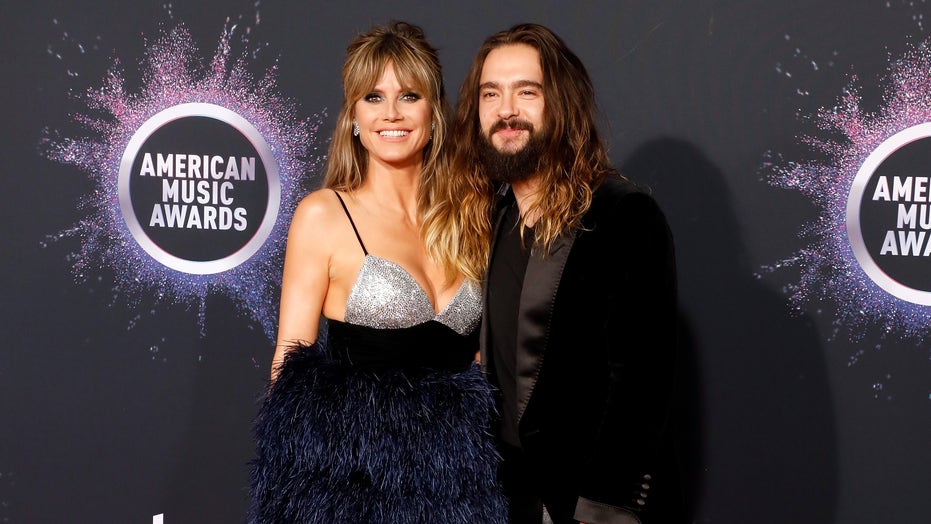 Heidi Klum is the 'Halloween queen' with her latest over-the-top costume. She held her 20th annual Halloween party in New York City with her husband Bill Kaulitz.

The couple is on vacation in Mexico and celebrated Thanksgiving along with friends and family in the sun. She posted a photo Thursday on Instagram of herself in her younger hubby's arms jumping out of the water.

In another photo, Klum posed with her loved ones, all looking out at the water. "Thankful for ALL the L❤️VE #happythanksgiving," she wrote.

Earlier in the week, the former "Project Runway" judge shared a sultry topless photo of herself on a sunbed near the hotel pool.

Kaulitz, 30, and Klum secretly married at a Beverly Hills courthouse in February and then again in a more elaborate Italian wedding in August.

She recently opened up about her hubby, gushing to People magazine that she finally "found" her partner.

In October 2018, the former Victoria’s Secret Angel explained how she’s incredibly comfortable with her physique, as well as how she's interested in raising awareness for body positivity.

“I grew up in a very free environment with my parents,” Klum told Ocean Drive, in which she proudly posed topless for the magazine's 25th-anniversary Swimsuit double issue.

“We’d go to nude beaches. We’re very open-minded, but you can’t say that about all Germans," she continued. "We didn’t have a lot of money, so we’d go camping a lot and my parents chose nude campsites, so nudity became normal for me. You stand out more if you cover up. And I loved it.”

And while some may expect the mother of four to cover up these days, Klum said she’s happily embracing the aging process.

“I see it like this: We only have one life,” she said. “This is our life right now and our moment and our moment shouldn’t be over after a certain age. There’s not a time frame for only being able to wear a certain thing or to be in love, to go out.

"Thirty years old is not the cap and then you have to hide yourself and not go dancing anymore," Klum added. "I’m not saying people should be doing what I’m doing, but I hope that one day I will be an old woman looking back and able to say I enjoyed every phase of my life.”