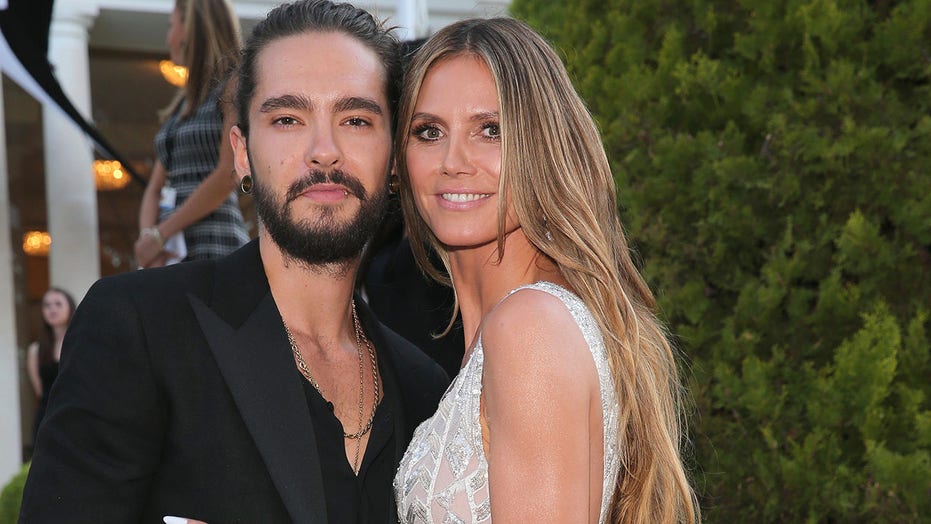 “It was so beautiful and it was the best time," the 46-year-old supermodel told People magazine in an interview published on Wednesday. "We were in Italy for three weeks. I’m still wearing baggier clothes now because I just ate too much and had too much fun!”

The couple — they got engaged in December 2018 — tied the knot for the second time in August, exchanging "I Do's" aboard the Christina O in Capri. (They initially wed in a secret ceremony back in February.)

“I wish we could’ve had more people! It was more intimate, but we couldn’t fit more people,” Klum said of the pair's nuptials. “It was great. We danced until the sun came up, and it was nice because no one’s feet were hurting. It was so magical.”

Of Kaulitz, 30, the "America's Got Talent: Champions" judge gushed:  “He’s really game for anything. We’re very similar that way. He enjoys life and is very generous. He’s super kind. I just found my partner finally, you know?”

Klum was previously married to Ric Pipino from 1997 to 2002, then to singer Seal —  with whom she shares four children — from 2005 to 2014. Kaulitz was married once before, to businesswoman Ria Sommerfield, from 2015 until August 2018. The Blast said that's when they finalized their divorce after separating way back in 2016.

In July 2018 -- four months after the pair first sparked dating rumors -- Klum discussed her relationship with the musician and discussed their 17-year age difference.

“Lately, I’m being reminded more about my age by people other than myself,” Klum told InStyle at the time. “My boyfriend is many years younger than me, and lots of people are questioning that and asking about it. That’s really the only time when age seems to be shoved in my face and I have to give an answer for it.”

She continued: “I don’t really think about it that much otherwise. You have to just live a happy life without worrying too much about what people think because worrying is only going to give you more wrinkles."