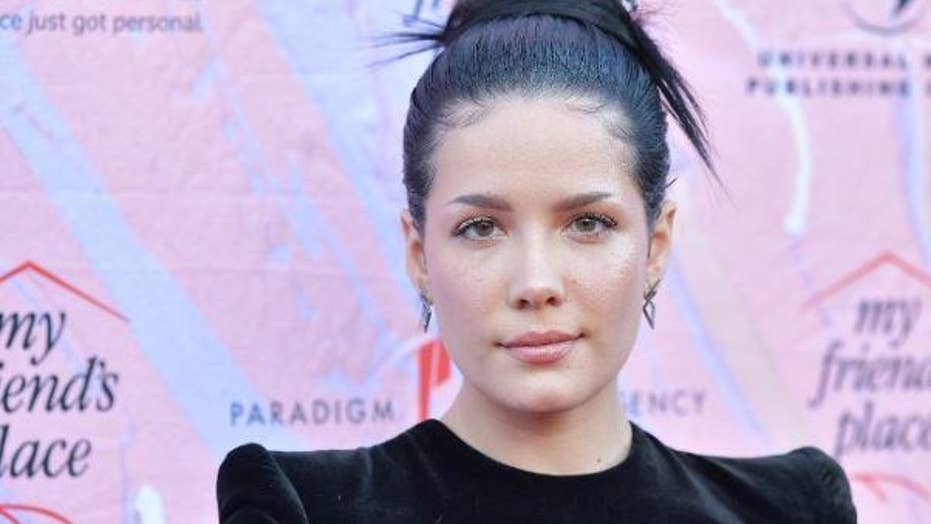 Halsey admits to almost resorting to sex work before becoming a pop star at a homelessness gala in Los Angeles.

The 24-year-old singer admitted at the Ending Youth Homelessness: A Benefit for My Friend's Place gala in Los Angeles on Saturday that the outcome of her life could have been very different if she hadn't gotten a record deal.

"When I was living in New York, I was a teenager. My friends were picking out decorations for their dorms, and I was debating on whether or not I should let a stranger inside of me so I could pay for my next meal," she recalled.

Halsey attends Ending Youth Homelessness: A Benefit for My Friend's Place at Hollywood Palladium on April 06, 2019 in Los Angeles. (Getty)

"When I met him, I had crazy hair, I had one demo in my pocket and I was carrying a gray duffel bag," she revealed. "Sat down in his office, at his cubicle, and he asked me, 'What's in the bag?' I looked him dead in the eyes and I said, 'This is my house.'"

"I need you guys to realize that and while it's very exciting that I am a record-selling, show-playing pop star, when I tell people that story, they go, 'Oh my gosh, you went from being homeless to being a pop star, that's amazing, we should help these people because we don't know what they could become.' Wrong," she said. "We shouldn't help we think because there's a chance that they could turn into a celebrity. We shouldn't help because they could really make something of themselves—because they are something right now."

"I know better than anyone how important having a creative outlet is when you're in a time of need, but this is so much bigger than arts and crafts," she urged. "This is life or death, and I hope that you take it very, very seriously. I really do."