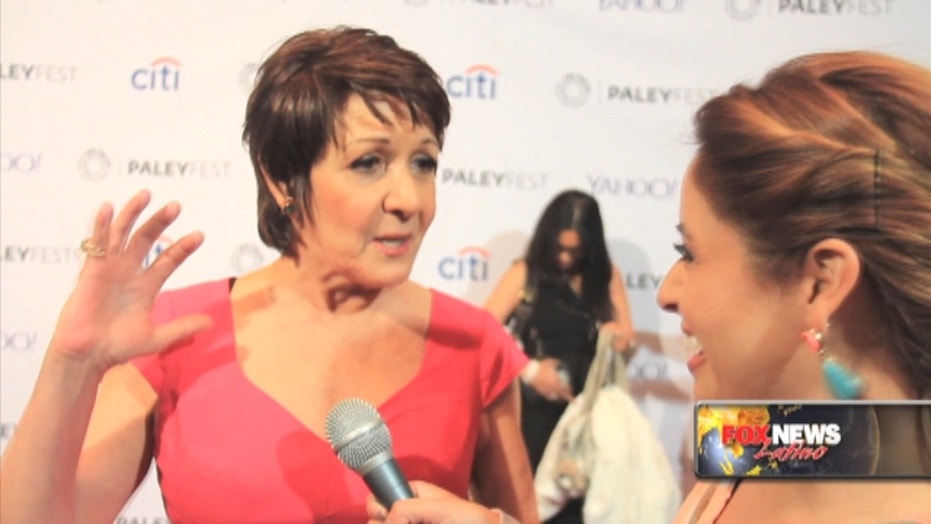 Be different. Take a chance. You never know, you could be nominated for (or win) a Golden Globe. Just ask the cast of “Jane the Virgin” and its top star, actress Gina Rodriguez.

“I think what we did [by winning the Globe] is make my family proud, make every Latina proud, and the collective Latino,” said Rodriguez to Fox News Latino on the red carpet for the PaleyFest in Los Angeles Sunday night.

“It is so important that the Latino community can understand that it can make single-handedly make 'Jane The Virgin' like 'Empire', we are so strong, and we are so many in this country, so wise intelligent and bright and beautiful and different,” she added with her characteristic humility.

Rodriguez, who grew up on Chicago, made waves last year with her breakout role as Jane Villanueva, a young Latina who pledged to remain a virgin until married. She became engaged, all before realizing she was artificially inseminated by accident and is now pregnant — without ever having had an intimate relationship.

Notably, Jane’s character is not pandering to negative stereotypes, but seeks to set a better example. Jane’s the hero.

This marks the second show to attempt to shine a positive light on the Hispanic community. Take the telenovela-turned-American-success-series ‘Ugly Betty’ for example. Like Rodriguez, actress America Ferrera, also took home a Golden Globe for her work as Betty Suarez, a fashion-impaired Mexican-American girl hired as a personal assistant at a trendy fashion magazine.

While the show’s plot may seem outrageous, that’s basically why it works. It’s part

Mexican actor Jaime Camil makes his major North American debut as Jane’s self-absorbed (yet loving) father, who happens to be a telenovela star. While the show is based on a Mexican telenovela, one might expect it to be right up the actor’s alley - but it’s not entirely the case.

“…What I do is more like situational comedy. I don’t do these dramatic like, ‘Why haven’t you called me, Maria Fernanda?’” the actor joked. "So playing this character is fun. It’s really fun because I get to copy a lot of my colleagues in Mexico that they do act like, this way [dramatic] and it’s been very fun to do.”

In sharp contrast to Camil’s over-the-top character comes Rodriguez as his smart and passionate daughter. The Golden Globe winner most certainly earned her award, simply because audiences feel Jane’s passion by Rodriguez’s superb take on her fictional character. For the actress, her win wasn’t only for herself, but for the Latino community as a whole.

“For me, that Golden Globe was not me standing there. I was standing there with my best friend and my sister and my neighbor and the home girl that lives down the street and my other fellow actresses; and you know and Genesis Rodriguez and Natalie Martinez and you know, Melonie Diaz,” she pointed out.