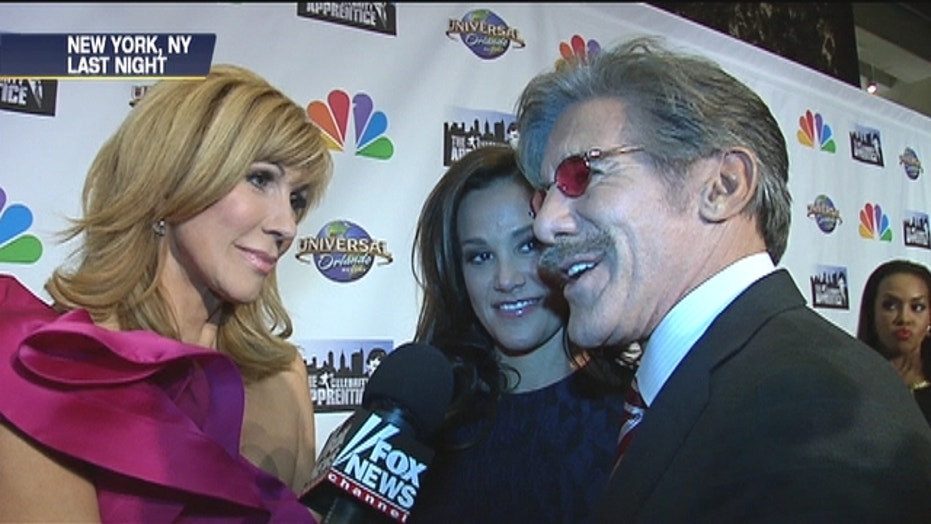 Before announcing the winner, Donald Trump consulted with his advisers, daughter Ivanka and son Don. Jr. In the end, Leeza Gibbons took the title of “Celebrity Apprentice,” the first woman to win since the late Joan Rivers.

All along the latest “Celebrity Apprentice” season, Geraldo Rivera seemed to have a handle on the game. But when it came to the very end — it was just not enough.

In their final challenge, Rivera and former “Entertainment Tonight” anchor Leeza Gibbons were tasked with creating a 90-second commercial for Universal Resorts and selling vacation packages for as much money as possible.

As usual. the two finalists would be judged on creativity, brand message, how much money they raised through the packages and overall presentation.

Rivera managed to raise a respectable $146,000 in vacation packages, but Gibbons threw it all out there and smoked him by raising $324,000.

Gibbons, who had the help of eliminated contestants Kevin Jonas, Brandi Glanville and Johnny Damon, centered her commercial on the story of a tightly-wound father who eventually realizes that spontaneity would be the best way for his family to make the most of their trip. She was playing for her charity Care Connection, which helps people suffering with Alzheimer’s disease.

Meanwhile, Rivera – with the help of Ian Ziering, Vivica Fox and Lorenzo Lamas – had a “Harry Potter”-inspired concept. He was playing for Life WORC, an organization that helps people with learning and mental disabilities.

For their commercial presentations, Rivera had a helping hand from singer Tony Orlando, who shared the story of his disabled sister, and how an exposé by Rivera years ago helped his family provide care for her.

Gibbons opened up about why she founded her charity and told the emotional story of her mother’s memory loss. The presentation was capped by a performance by Olivia Newton-John.

This final challenge wasn’t the only factor in determining the winner. Both contestants had the chance to plead their case in front of Donald Trump, with Lezza stressing she had never been called back to the boardroom while Rivera had been called back multiple times.

Before announcing the winner, Trump consulted with his advisers, daughter Ivanka and son Don. Jr.

“You’re tough, you’re smart. You’re brilliant in so many different ways,” he told Rivera, before telling Gibbons, “You led with kindness … You really do have tremendous talent and tremendous leadership ability.

In the end, Gibbons took the title of “Celebrity Apprentice,” the first woman to win since the late Joan Rivers.