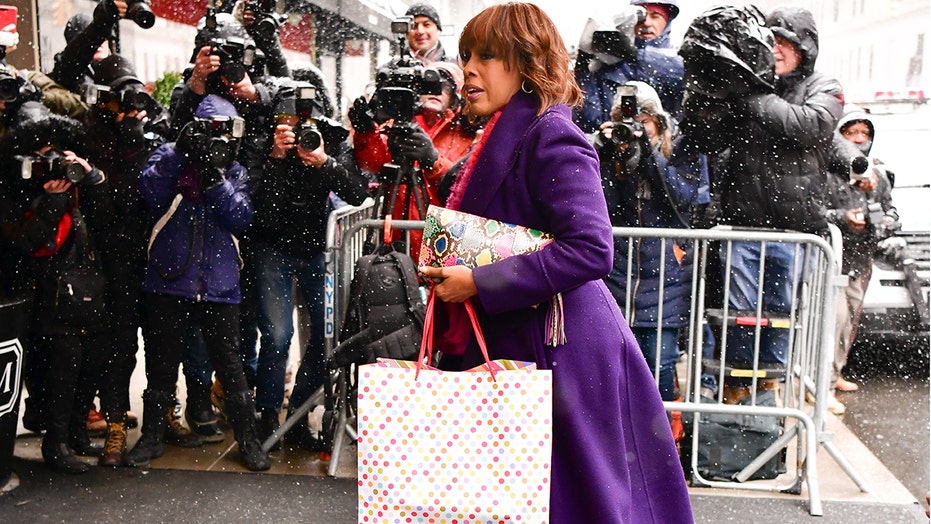 Gayle King is having some fun on social media imitating her niece’s sultry Instagram shots.

A few days ago, the TV personality jokingly continued a tradition started last year and posted on Instagram a series of photos copying her 23-year-old niece's poses in a variety of bathing suits.

“Swipe left for celebration of cellulite cottage cheese thighs,” King humorously wrote in regard to herself. “Happy to report no photoshopping allowed!”

The first set of photos shows King's niece, Mekenzye Schwab, in a two-piece bikini smiling under the sun by the water, followed by the 64-year-old in the exact same spot wearing a rainbow one-piece.

Next we see Schwab in a plunging red one-piece amidst lush greenery and the ocean in the background. In this case King recreated the photo opting for a blue one-piece instead.

“I love these real body posts as they inspire all women to be proud of your body at any age and any stage,” one user lavishly praised. “Most beautiful pictures on Instagram I have seen. Thanks for sharing.”

Poses include the two leaning on a palm tree, with Schwab rocking a two-piece and King donning a one-piece just like this year’s edition. The two also posed on a hammock and on the rocks by the water.

King dominated headlines earlier this year when she interviewed singer R. Kelly. The journalist earned praise for maintaining her composure in the hard-hitting interview as the embattled singer became emotional and lashed out on camera.

Eventually, King used the interview as a bargaining chip to negotiate an $11 million-a-year deal with CBS News.