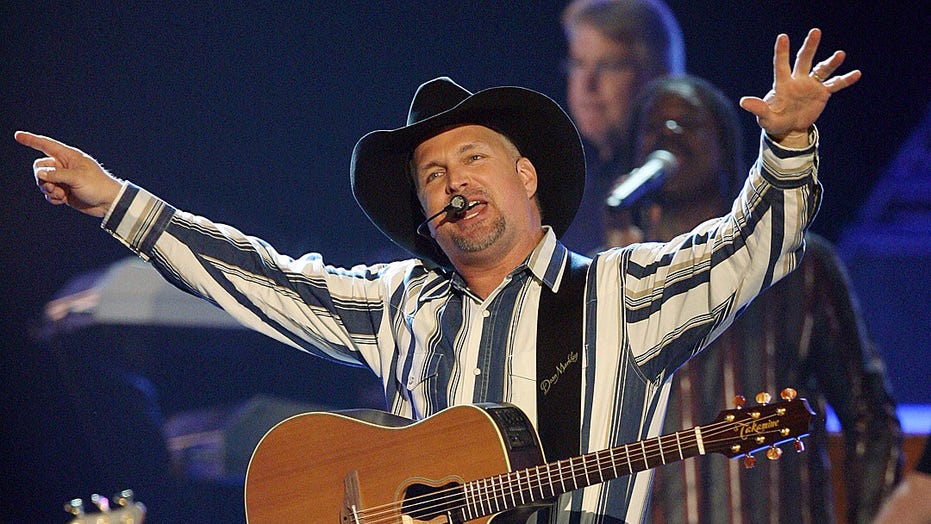 Garth Brooks shook up the country music landscape when he publicly announced in July that he would be withdrawing his name for consideration from the "Entertainer of the Year" category at the upcoming Country Music Association (CMA) Awards.

The 58-year-old performer has taken home the coveted title a record-holding seven times in his career and he reflected to People (the TV Show!) about the cries from fans who said he had won too many times.

The onslaught of public opinions actually led to Brooks removing himself from contention for future consideration as he recalled getting “killed pretty bad last time we won here," in speaking about the social media criticism strewn his way.

Garth Brooks accepts an award onstage during the 53rd annual CMA Awards at the Bridgestone Arena on November 13, 2019, in Nashville, Tenn. (Photo by Terry Wyatt/Getty Images,)

“There’s one in particular that I loved that said, I love you to death but don't you just think it's time that…'"

Brooks said he doesn’t take the backlash as anything more than a fan who simply wants to see their favorite artist win.

"I don't think it hurts at all. They're not saying they don't love ya, they're saying 'Hey, don't you think it’s time?'" he told the program. "Say it's time. Love everybody, hug everybody and be known as 'the guy who got to win it this many times.'"

Brooks won the award in 1991, 1992, 1997, 1998, 2016, 2017 and 2019 – which was the final straw for many fans who argued Carrie Underwood deserved to take home the title for her hosting and performing abilities and considering the night was dedicated to celebrating the women of country music.

A woman hasn't won the top honor since Taylor Swift won in 2011.

Carrie Underwood fans were outraged after Underwood was once again shut out of taking home entertainer of the year honors at the 2019 CMA Awards, losing out to Garth Brooks. (Getty)

In July, Brooks said he didn’t necessarily enjoy winning the last time around, “to tell you the truth."

"I'm expecting to give a standing ovation to Carrie," he said at the time. "I mean, this is her night ... And when they said my name, then I was like, I'm lost here because I don't know what to say."

GARTH BROOKS WITHDRAWS FROM CMA 'ENTERTAINER OF THE YEAR' CATEGORY: 'IT'S TIME FOR SOMEBODY ELSE'

"I'm very grateful for the time that I've got to go [win]," he added, but now, "somebody else needs to hold that."

This year, Eric Church, Luke Combs, Miranda Lambert, Carrie Underwood and Keith Urban are nominated for the "Entertainer of the Year" category. The award show is set to air on Nov. 11.