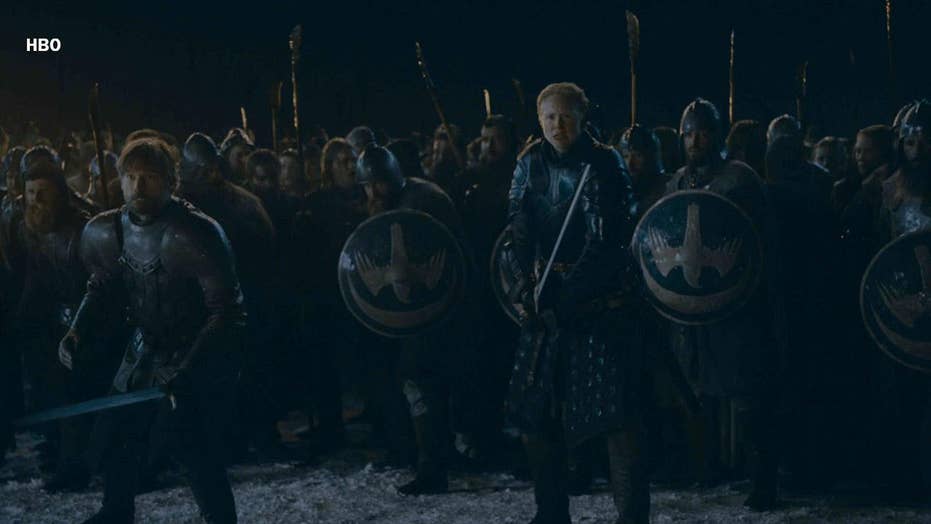 'Game Of Thrones' fans gripe about lighting during epic episode

Several 'Game of Thrones' fans complained they had to re-watch parts of the Battle of Winterfell because of dark cinematography.

[SPOILER ALERT: This article contains a spoiler for Season 8, Episode 3 of “Game of Thrones”]

“Game of Thrones” character Lyanna Mormont may be small, but that didn’t stop her from challenging a huge zombie giant at the Battle of Winterfell in Sunday’s episode of the hit HBO show.

The popular character, portrayed by 16-year-old actress Bella Ramsey, opened up to Entertainment Weekly about her character’s noble death. Shortly after Lyanna – the Lady of Bear Island – is crushed in the giant’s fist during the battle of Winterfell, she manages to stab the creature in the eye with dragon glass, killing him.

Though Ramsey said Lyanna’s story “had the potential to grow,” she’s proud of the way her character went out.

“She was going to go at some point because everyone does and this way she went was the best way she could have,” the actress told the magazine, later adding: “I wanted to either end up on the Iron Throne or have a really good death. So I’m happy.”

In fact, the petite character lasted longer than she was originally slated to. The hit HBO show’s creators – David Benioff and Dan Weiss – had initially written Lyanna into just one scene in Season 6. But her stellar performance had them wanting more.

“Lyanna Mormont was just supposed to be in one scene, but Bella is such an incredible actress that we kept bringing her back because we wanted more Bella,” Benioff told the publication.

And the viral reaction to her character wasn’t something that Ramsey expected, she told Entertainment Weekly.

“I didn’t think it was going to be anything. I just thought that I turned up and did it. When [the fan reaction] kicked up it was mad. I didn’t expect it,” added Ramsey.

When it came to filming the death scene, Ramsey said director Miguel Sapochnik was helpful, giving her a “great bit of direction.”

RECAP:'GAME OF THRONES' SEASON 8, EPISODE 3 - THE BATTLE OF WINTERFELL

“There was one thing he said to me that I don’t think I’ll ever forget. I wasn’t sure if she would be really scared or just a slight bit of scared,” she said. “We tried it several ways. He said, ‘It’s like someone removed her fear gene.’ And that was just … yeah, that was a really great bit of direction.”

She added: “My only real bit of fighting is just stabbing. Everything feels real when you’re doing it here because of the atmosphere. It was good and intense with wind and fake snow. It definitely made it easy to act.”