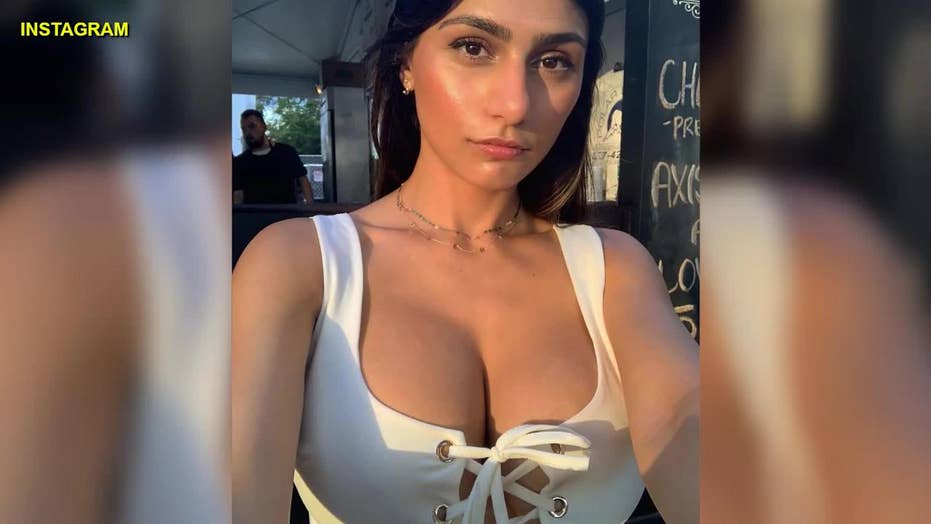 Former adult film actress Mia Khalifa has undergone surgery to repair a breast implant that was damaged by a rogue puck at a hockey game in the summer of 2018. The star shared her pre and post-surgery journey on social media.

As previously reported, Khalifa, who co-hosts a sports podcast, reported that her left breast had been “deflated” after being struck by a hockey puck that went over the glass divider at a Capitals playoff game.

On Monday, Khalifa, who was voted Pornhub’s most-viewed actress prior to retiring from the adult industry, took to Instagram prior to going under the knife to repair the implant that was damaged in the incident.

Mia Khalifa needed surgery on her breast after a hockey puck struck her during a game. (Instagram/Mia Khalifa)

She shared a few posts on her Instagram Story prior to the surgery as well as after when she was being looked after by her boyfriend, chef Robert Sandberg, who also shared a sweet post about her recovery.

“A four hour easy surgery caused by a hockey puck went really good for my princess. Now we are home to get some rest and she is in very good hands. I Love you so much my warrior,” he wrote.

“That couldn’t have gone smoother,” Khalifa herself said in a later Instagram Story.

At the time of the accident, she shared her thoughts on the moment the puck struck her with the Daily Star.

“I was sitting behind the glass during a game, and it came shooting over the glass and it caught me so off guard and I had no idea it was coming. I grabbed my chest and I didn’t want to let go, because I felt like if I did let go blood was going to be everywhere.”

Khalifa appeared on Lance Armstrong’s podcast last year before the accident where she discussed her time in the adult film industry and how she abruptly quit after allegedly getting death threats from ISIS.

“As soon as I started to gain popularity that’s when I was like ‘get the f--- out of this’ ... this was not what I was trying to do whatsoever,” she added. “I just wanted to let loose and rebel a little bit. It didn’t validate me. Nothing like that ever does. That’s not what you should be doing to try and build your self esteem.”