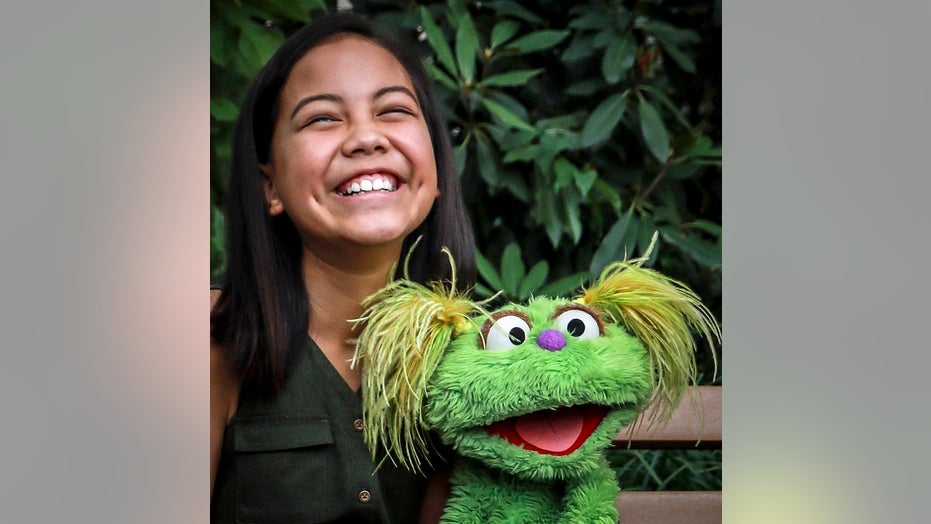 Creators of the iconic children's television show "Sesame Street" will tackle the opioid crisis in an online-only segment by delving into the backstory of one of its newest characters -- whose mother is battling addiction.

Karli, the green and yellow-haired Muppet introduced earlier this year who lives with foster parents, Dalia and Clem, will tell her story as part of the Sesame Street in Communities initiative. The episode will refer children to free online bilingual resources.

The segment will feature Salia Woodbury, a 10-year-old California girl whose parents have been in recovery for eight years.

In the segment, viewed over the summer by The Associated Press in Manhattan, Karli and Salia drew pictures of flowers with petals representing feelings such as anger and happiness.

"Hi, it's me, Karli. I'm here with my friend Salia. Both of our parents have had the same problem -- addiction," Karli said.

"My mom and dad told me that addiction is a sickness," Salia said.

"Yeah, a sickness that makes people feel like they have to take drugs or drink alcohol to feel OK," the Muppet said. "My mom was having a hard time with addiction and I felt like my family was the only one going through it. But now I've met so many other kids like us. It makes me feel like we're not alone."

"Right, we're not alone," Salia responded. "And it's OK to open up to people about our feelings."

In another segment, Karli told Elmo how she used to feel like her mother's addiction was her fault.

Show creators wanted to address addiction because there are 5.7 million children under the age of 7 who live in households with a parent battling substance abuse, they said.

"There's nothing else out there that addresses substance abuse for young, young kids from their perspective," said Kama Einhorn, a senior content manager with Sesame Workshop, the nonprofit organization that produces several educational children's programs.

"[If] even a parent at their most vulnerable -- at the worst of their struggle -- can take one thing away when they watch it with their kids, then that serves the purpose," she said.

Salia's parents, Sam and Jaana Woodbury, are raising four girls in Orange County, Calif. They said they welcomed the show taking on the topic of addiction.

“When I was going through addiction, I felt extremely alone and isolated. I didn’t have any connection to the outside world,” Jaana Woodbury said. “I think it’s amazing that ‘Sesame Street’ is using their platform to share resources to help other women and fathers."

"Sesame Street," which first aired in 1969, is no stranger to presenting tough topics to their young audience. The show has addressed HIV, homelessness, poverty, autism and women's rights over the years.