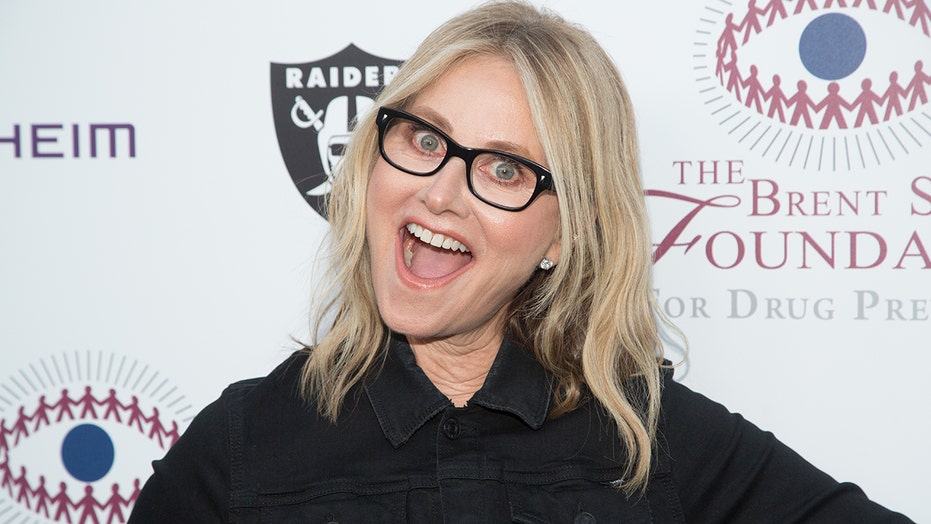 The image of Cousin Oliver put McCormick, 63, on the spot when asking about her love encounter with Williams, 65.

“Maureen, Barry said in his book that your first kiss together was while shooting the Hawaii episode,” Cousin Oliver said before McCormick attempted to interject. “On a scale of one to 10, how amazing was that kiss?”

The camera then cut to Williams making a comical kissing gesture before showing off a sly smile from McCormick, who played Marcia Brady on the show.

“OK, it was good. But it was not my first kiss,” McCormick said.

“Barry, were you implying that it was my first or my first with you?” she then asked, with Williams confirming it was the latter.

Cohen then pressed on and asked McCormick to rate the kiss between her and Williams “on a scale of one to 10.”

Cast members of the television series 'The Brady Bunch' Maureen McCormick, left, and Barry Williams pose together as they arrive for the taping of the 5th Annual TV Land Awards in Santa Monica, California April 14, 2007. (Reuters)

McCormick then went speechless as she blushed before giving the TV show host two thumbs up and nodding yes when asked if it was indeed a 10.

Cousin Oliver then went on to ask several other pressing questions, including what the cast thought of fellow co-star Christopher Knight’s reality show “My Fair Brady” and if any of the cast members let fame get to their heads.

Aside from McCormick and Williams, the episode featured appearances from Knight, 62, Eve Plumb, 61, Susan Olsen, 58 and Mike Lookinland, 58.