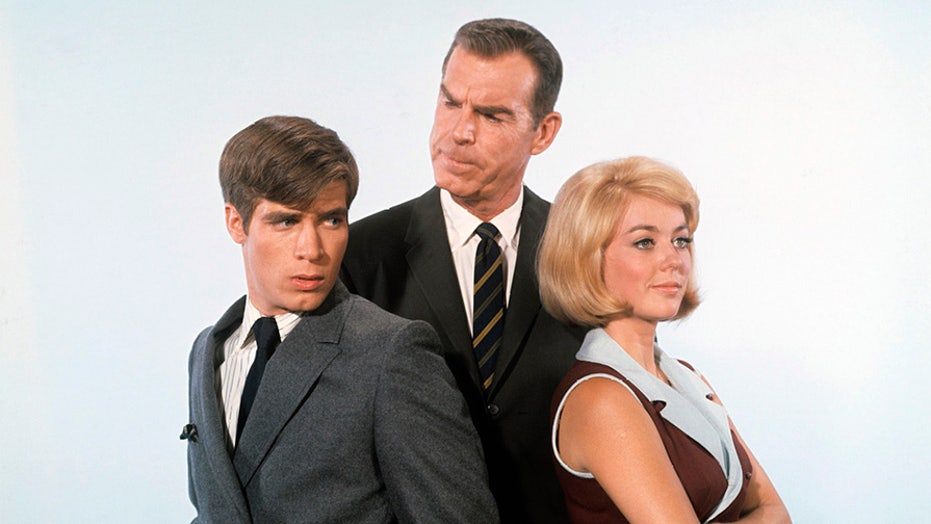 The actress, who starred as Robbie Douglas' wife Katie in the hit series “My Three Sons,” made a bold move when she and her on-screen husband Don Grady decided to share the same bed in front of cameras. It was a risky decision in the 1960s, but one that needed to be done, they insisted. And the sitcom didn’t suffer from the risky choice. In fact, the show thrived and stayed on the air until it finally received the ax in 1972.

Cole, 76, is still keeping busy as an actress. In fact, she’s set to star in “Reawakened,” which will be released this year. Cole, the daughter of one of the famous big band-era King Sisters, spoke to Fox News about ditching the twin beds, her epic romance with Grady, who passed away in 2012 at age 68, and what her life is like today.

Fox News: Looking back, how did you get the role of Katie in “My Three Sons”?
Tina Cole: I was 19 and took over the female lead in a show called "Hawaiian Eye," which was the first show ever shot in Hawaii. I was under contract to Warner Bros., but then it ended. I did a few shows after that. Then "The King Family" started. We had a weekly variety show on ABC and that kept me busy.

Then the fourth year, I got a call from the producer of "My Three Sons." He said, "We’ve seen you. Come out and audition for the wife of the oldest son Robbie." I figure, Why not? I went in and, apparently, they had looked at about 2,000 girls. They screen-tested 20. They were really trying to find the right girl.

They wanted her to be sweet, but not too sweet. There was a fine line for her… After the audition, I remember a casting director went running to the elevator, chasing me. He was screaming, "Wait a minute, you forgot to sign the contract!" I got the part and was due to start in a week. I became a permanent member from that day on and loved every minute of it.

Fox News: What was your relationship like with the cast?
Cole: It was interesting [laughs]. I got along with everybody. They instantly welcomed me, loved me, showed me around – it was wonderful. But I found out a couple of years later that Don Grady, who played Robbie, didn't really want me to be cast.

Fox News: Why didn’t Don want you for the part?
Cole: He didn't think I was the right girl for him--well, for his character. He was really into surfer girls, Peggy Lipton style — skinny and blonde. And then there’s me [laughs]. I had no idea he really fought the casting. And I guess he felt awkward about it.

Fox News: Did you and Don Grady face any challenges on set?
Cole: When we were filming, we were supposed to show how this couple falls in love. But instead of kissing, our noses would just bump into each other — things like that. I remember the director one day said, "Stop, that’s enough. We’re going to take a break, but then we are going to film another scene and you two have to kiss. It’s got to work. I want you guys to go to the back of the stage and practice kissing." And we did [laughs]. We had to, so it looked natural!

Fox News: What’s the story behind the twin beds on set?
Cole: I remember for one episode, Robbie and Katie get home from their honeymoon. We walked into what is going to be our bedroom. There were twin beds. Now, this is 1967. Don said, "There’s no way. We can’t do this. We’ve gotta have a big bed. There’s no way we can have twin beds." So they had to scramble to find this big bed. I think we were one of the first shows that had a couple on the same bed together on television.

But there were major rules that went with it. You could talk and lay in bed next to each other. You could look at each other, but when the scene was done, you had to roll over, back to back. You couldn’t end the scene facing each other. It was too suggestive. I remember we had to do something very daring in one scene – we had to end the scene in an embrace. We all took a chance with that. We actually broke the rules by ending the scene with a kiss in bed. Isn’t that crazy? [Laughs]

Fox News: How did you feel about this whole dilemma? Your character is supposed to be married.
Cole: I completely agreed with Don. I thought it was ridiculous. It was just unrealistic — it was silly. I mean come on, this was the ‘60s. But at that time, we were representing the traditional family. People still wanted that in their lives and yet the whole world was going crazy with free love and drugs. We had hippies and Vietnam going on. And yet, we couldn’t be on the same bed. We represented this idea that some people were holding on to. I guess that’s why people liked the show so much. It’s what they wanted in their lives instead of all this chaos.

Fox News: How did your relationship with Don change?
Cole: Two years later, after I joined the show, I was divorced. Don and I started doing telethons together. We were singing and fell madly in love. That’s when I found out he originally didn’t want me in the show. But we were just crazy about each other. We went together on and off for about eight years. He wanted to marry me, but I wasn’t ready. I loved him madly, but I had a son and I just wasn’t sure. I wasn’t quite ready.

I remember he asked me to live with him. But I just couldn’t. He said, "Then I need to find somebody who will then." He then got married. We did one of the first reunion shows with "The Patridge Family," which was really odd because we weren’t even on the same network. I remember Don and me locked eyes when we saw each other for the first time. He then said, "I made a huge mistake. I will call you when I’m no longer married." And he did a couple of months later.

Fox News: Did you and Don get back together?
Cole: Oh yes, we got back together. But then he wanted to go to New York and try Broadway. He said, "Come with me." I told him, "I will as your wife." Then he said, "No, come as my friend." I told him that I just couldn’t. We never did marry, but it was a very wonderful love for many years. It’s funny because he initially didn’t like me at all because I apparently wasn’t his type.

Fox News: What caused “My Three Sons” to end?
Cole: Fred Silverman took over as programming director for CBS. He did not like any of those little sitcoms on TV. He wasn’t into the whole all-American, apple-pie look.  He hated all of those shows like "My Three Sons" and "Petticoat Junction."

So he kept putting us in these strange time slots like 10 o’clock on a Saturday night – odd times where no one would watch us. We still had decent ratings, but he kept working on it until he was able to cancel it. Even though the public still wanted shows like "My Three Sons," he didn’t like us at all.

Fox News: What have you been up to since?
Cole: For 24 seasons, I've directed musical theater for children in kindergarten through third grade. It’s all interactive with a curriculum. We teach them theater etiquette, they learn the music. It’s the most thrilling thing for me to do. I adore it. It was just women from the community who wanted to give back to the kids. I'm also keeping busy with "The King Family." I believe we were the first family to have a television show in the ‘60s.

My mother is one of the King Sisters. She and her sisters were big band singers. They were nominated for one of the first Grammys ever. They had an amazing four-part harmony sound. Well, we’re putting together a tribute for my mom and it will premiere this summer. I also moved to Sacramento to be a wife and a mom… It’s been a lovely place to live and it allows me to be Grandma, which I love.