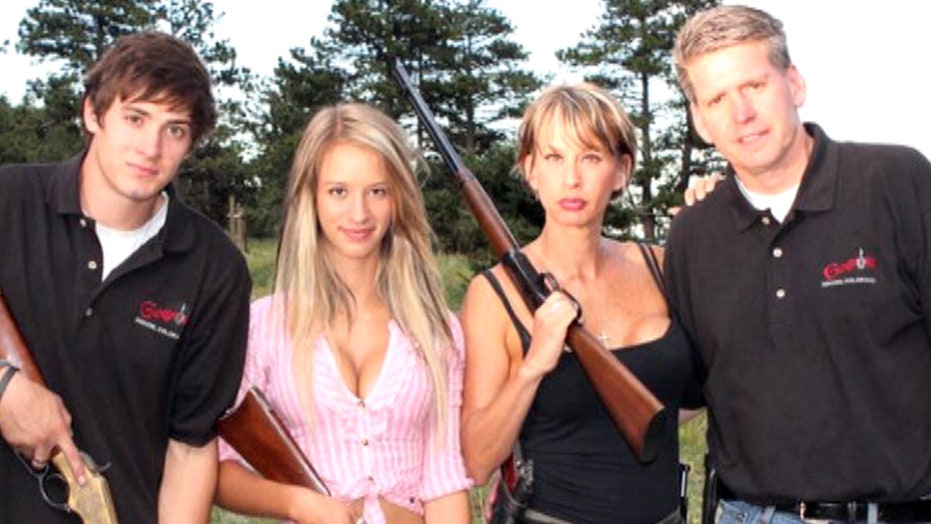 LOS ANGELES – In the wake of the Newtown, Connecticut tragedy, the Discovery Channel confirmed this week that “American Guns” – starring the Wyatt family and their Colorado-based business Gunsmoke Guns – would not be renewed for a third season. FOX411 spoke exclusively to the firearm experts turned reality stars Rich and Renee Wyatt, who say they are far more distraught over the Sandy Hook school massacre than their show's fate.

“This is the neighboring town of where I was raised. I bought my first car in Sandy Hook in Newtown, Connecticut, and we are devastated by what happened,” family patriarch Rich Wyatt told FOX411.

Not only that, the couple have a kindergarten-aged daughter of their own, who turned six this week.

“We have some very strong ties to the Connecticut community. My husband was born and raised there. It is absolutely devastating,” said Rich’s wife, Renee. “I started crying when I heard about what had happened. Every single day we pray for those people in Connecticut. Our business has definitely been affected in a very positive way, but that by no means cancels out or overshadows how we feel about what happened. It is absolutely tragic; and we are deeply saddened for those families.”

The Wyatts said that sales at Gunsmoke Guns, like other gun stores across the country, have spiked significantly since the elementary school shooting, with customers stocking up ahead of what they fear will be increased gun control in the near future.

“People are totally, totally concerned about this and they are going out and getting all the guns, ammunition, and all the high capacity magazines and concealed weapons permits that they can,” Rich said. “They are signing up for training to learn how to use guns.”

The Wyatts also addressed the criticism their show received in social media that "American Guns" celebrated gun culture in a dangerous manner.

“The people that think our show glorified a gun culture in a negative way, they are just wrong, and it is hard to get through to those people. Those people are the same people that go to watch all the blockbuster movies that represent guns in a really a negative fashion. In our show specifically, we always promoted very safe and responsible gun handling,” Rich insisted.  “As a matter of fact, it is one of things we really pushed on the show. And we always come forward with training. You need to have a gun in the house, but you need to know how to responsibly and safely use it.”

As coverage of the Sandy Hook tragedy, in which 27 people including 20 small children were massacred by a lone gunman using his mother's legally purchased firearms, dominated the media and spurred renewed debate on gun control, Discovery – who cited low ratings and not the Newtown tragedy as the reason why “American Guns” was dropped – also confirmed that rocker/pro-gun activist Ted Nugent would not be back on the network. The ratings-steady “Sons of Guns” is not on their program schedule either, although the network has not indicated whether or not it will return for a fourth season.

Rich said he has been hearing from fans who don't want to see their favorite shows taken off the air.

“If you look at Discovery Channel’s Facebook page it has just blown up with complaints from Americans wanting to see ['American Guns']. I just hope they bring it back,” he said. “The show has opened doors that were never open to us before.”

Rich and Renee – who insist they had a very positive experience and have no hard feelings toward the network – said they have not been contacted by Discovery at all and read about their cancelation like everyone else.

“We are not even sure (that we’re not coming back.) They could come back and re-up us at any time,” Rich said. “And you never know with the outcry from people right now, they may want to bring us back. There has been quite an upheaval from people that want to see ‘American Guns’ for season three.”

And if Discovery doesn't do an about-face, the Wyatts are willing to go elsewhere.

“I think America is starving to see ‘American Guns,’ and we have so much more story to tell. This thing could go on for years and years and years, I hope that we can continue this relationship with Discovery Channel. They brought us to the table on this and we are very loyal people. And we would like to continue with them,” Rich added. “But if they don't, we have already had plenty of calls from other people that would like to show this on their channel. Someone else will pick it up if they don’t.”