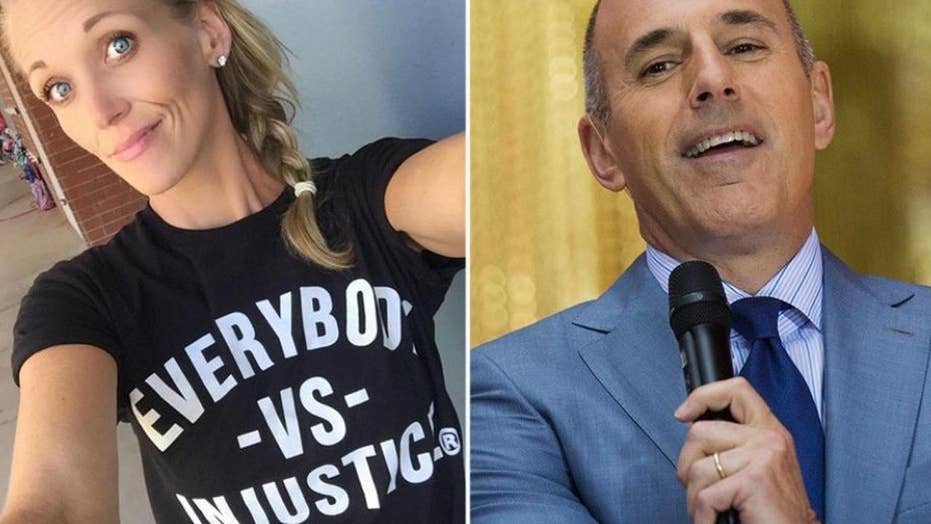 Fox411: Addie Collins Zinone, a former NBC News production assistant, revealed that she had a month-long sexual relationship with Matt Lauer in the summer of 2000.

A former NBC News production assistant revealed Thursday that she had a month-long sexual relationship with disgraced "Today" anchor Matt Lauer in the summer of 2000 that included a rendezvous in his dressing room.

Addie Collins Zinone's account was published by Variety. She said the relationship with Lauer was consensual, but added, "I ultimately felt like a victim because of the power dynamic."

She added, "He went after the most vulnerable and the least powerful -- and those were the production assistants and the interns."

Lauer was fired from NBC last month over claims of sexual misconduct. Hours after Lauer's dismissal was announced on "Today," the show that had been his domain for nearly two decades, Variety and The New York Times published reports detailing allegations of the host's tawdry behavior -- including that he sexually assaulted one woman in his office until she passed out.

Reps for Lauer did not return calls and emails from Fox News requesting comment.

Zinone, then known as Addie Collins, said Lauer first reached out to her in June 2000, when she was about to depart NBC for a job at a station in her home state of West Virginia. In his initial message, Lauer wrote, "i [sic] hope you won’t drag me to personnel for saying this. but you look fantastic." A month later, on July 12, Lauer wrote to her again, saying "OK…NOW YOU’RE KILLING ME…YOU LOOK GREAT TODAY! A BIT TOUGH TO CONCENTRATE".

Zinone said she and Lauer went to lunch that same day under the guise that he would offer her professional advice. Instead, she said, Lauer used it as "an opportunity for him to come on to me."

"Here’s how I should have known what I was getting myself into," Zinone said. "When we left, he told me: 'You leave first, and I’ll leave after.' In no lunch I’d ever had at 'Today' had anyone suggested we leave separately, as if something was up."

Later that afternoon, Lauer asked Zinone to "meet me" in his dressing room. Zinone says she responded, "matt, think about this first…you have a wife."

Zinone says her first sexual encounter with Lauer "happened in his dressing room above [the show's studio, 1A], which was empty in the afternoons."

Zinone also claims Lauer tried to have sex with her in his office at NBC, which featured a now-infamous button that allowed him to lock the door without getting up from his desk.

"It was embarrassing, because his secretary was sitting outside," she said. "He wanted to do stuff. I was like, 'No. I'm so in over my head. I'm not a performance artist.'"

She said their final encounter occurred at Staples Center in Los Angeles, where Lauer was covering the Democratic National Convention.

"He was looking at a script, and he leaned over and said to me, 'Do you see that bathroom over there? Meet me there in five minutes,'" Zinone said. " ... So I went—and we had an encounter. He was like, 'Alright. I’ll see you later.' He had no interest in making sure I was cool."

Zinone said she was coming forward to "squash any doubts about the allegations from other women against Matt Lauer." She also criticized NBC News management, saying there was "no way [Lauer] could have gotten away with it without others above him making these situations go away — manipulating, strategizing, whatever it is they did to wield their power against the powerless."

She continued, "He was the golden boy. His contract always got renewed for millions of dollars more, and he was the face of NBC. How is any woman supposed to go up against that?"