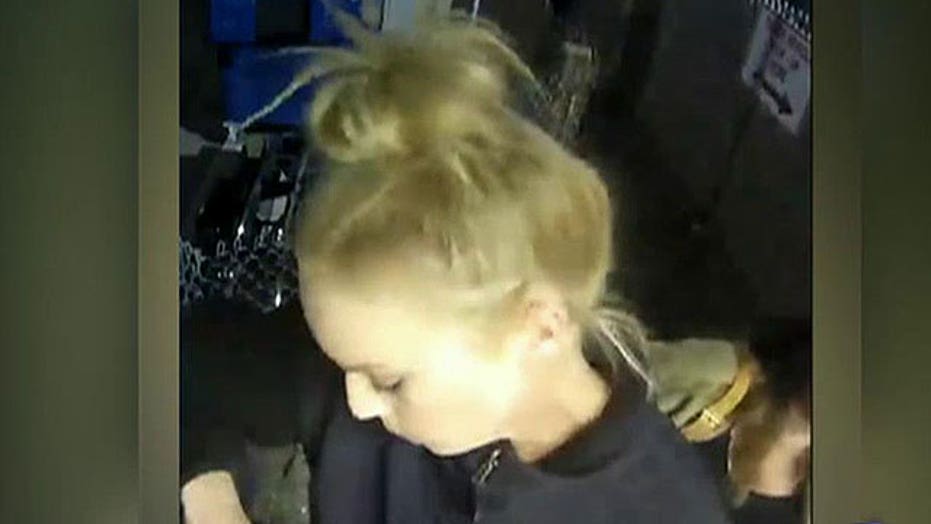 Video surfaces of reporter's rant on 'The Kelly File'

ESPN reporter Britt McHenry has been suspended for a week after video surfaced of her berating a parking lot attendant and telling the attendant to “lose some weight, baby girl,” The New York Post reported Thursday.

Washington-based McHenry was angry about having her car towed on April 6, The Post reports, and began dressing down the attendant despite being told the incident was being captured on security camera.

“I’m in the news, sweetheart, I will (expletive) sue this place,” McHenry said in the video published online by LiveLeak.

“Yep, that’s all you care about, is just taking people’s money,” McHenry said. “With no education, no skillset, just wanted to clarify that. … Do you feel good about your job? So I could be a college dropout and do the same thing? Why, cause I have a brain and you don’t?”

As she walks out of the lot, she tells the attendant to “lose some weight, baby girl.”

McHenry apologized a few hours after the video went viral online, saying in a statement that “I allowed my emotions to get the best of me.”

“As frustrated as I was, I should always choose to be respectful and take the high road. I am so sorry for my actions and will learn from this mistake,” McHenry said.