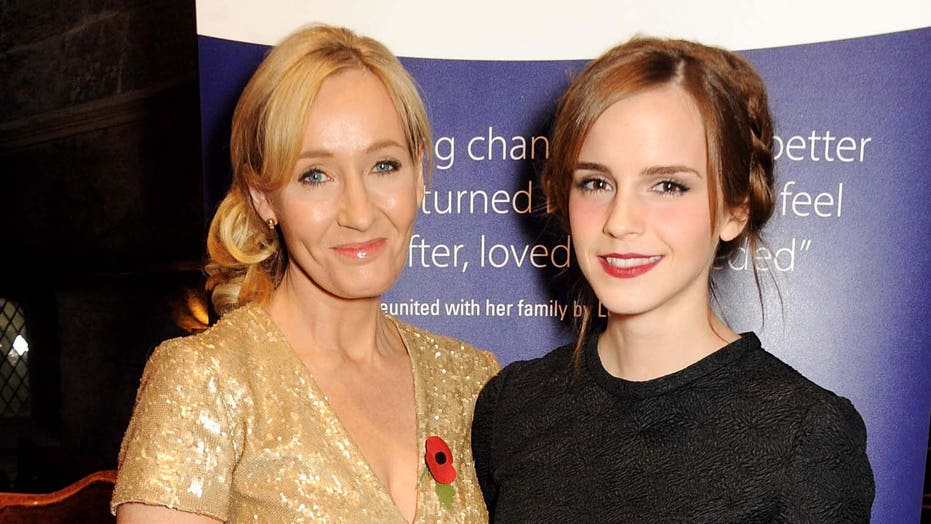 Emma Watson is speaking out in support of the transgender community.

Over the weekend, "Harry Potter" author J.K. Rowling published several tweets in response to an article that mentions "people who menstruate." Rowling's response included a call to use the word "woman," prompting accusations of transphobia.

On Wednesday, Watson, who played a principal role in the "Harry Potter" films, spoke out on the matter in a series of tweets.

"Trans people are who they say they are and deserve to live their lives without being constantly questioned or told they aren’t who they say they are," the 30-year-old actress wrote. "I want my trans followers to know that I and so many other people around the world see you, respect you and love you for who you are."

Watson then said that she donates to a pair of charities -- Mermaids and Mama Cash -- that support transgender individuals.

Watson isn't the only colleague of the 54-year-old author to publicly disagree with her statements.

Daniel Radcliffe, who starred as Harry Potter, published an essay online in response, voicing support for the transgender community.

"Transgender women are women," the actor, 30, wrote. "Any statement to the contrary erases the identity and dignity of transgender people and goes against all advice given by professional health care associations who have far more expertise on this subject matter than either Jo or I."

Similarly, Eddie Redmayne, star of the "Fantastic Beasts" films written by Rowling, openly disagreed with her, as well.

"Respect for transgender people remains a cultural imperative, and over the years I have been trying to constantly educate myself,” Redmayne told Variety. “This is an ongoing process. As someone who has worked with both J.K. Rowling and members of the trans community, I wanted to make it absolutely clear where I stand. I disagree with Jo’s comments."

He went on to voice support for trans men and women, as well as non-binary identities.

Rowling recently addressed her views on her blog, offering an explanation for her statements, as well as revealing past domestic abuse and sexual assault.