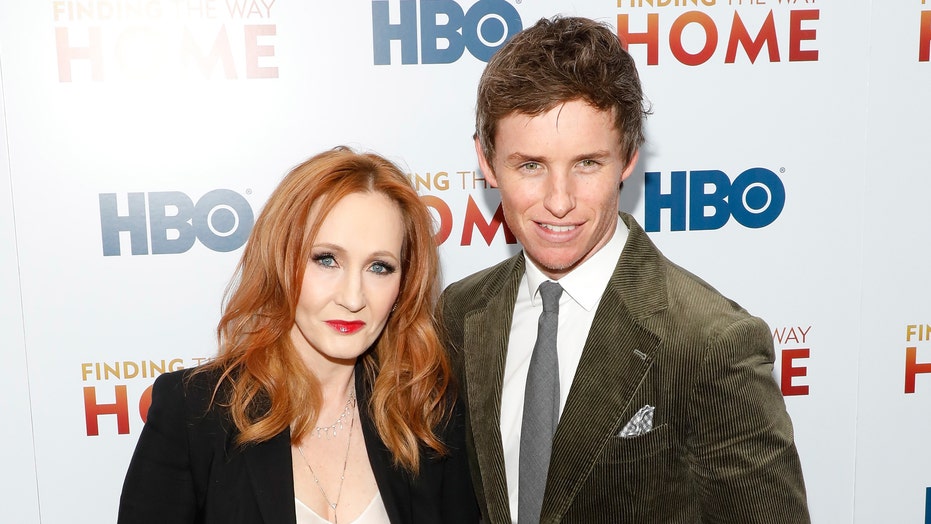 Eddie Redmayne is speaking out against tweets "Harry Potter" author J.K. Rowling wrote that some are calling anti-trans.

The Oscar-winning actor, who stars in the "Fantastic Beasts" film series from the bestselling author, shared his thoughts in a statement.

“Respect for transgender people remains a cultural imperative, and over the years I have been trying to constantly educate myself,” Redmayne told Variety in a statement.

“This is an ongoing process. As someone who has worked with both J.K. Rowling and members of the trans community, I wanted to make it absolutely clear where I stand. I disagree with Jo’s comments," he continued.

The entertainer added, "Trans women are women, trans men are men and non-binary identities are valid. I would never want to speak on behalf of the community but I do know that my dear transgender friends and colleagues are tired of this constant questioning of their identities, which all too often results in violence and abuse. They simply want to live their lives peacefully, and it’s time to let them do so.”

Redmayne played a transgender woman, Lili Elbe, in the movie "The Danish Girl" and earned an Oscar nomination for his work.

On Saturday, Rowling issued a handful of tweets in response to an article that mentions "people who menstruate." Rowling responded by urging the word "woman" be used in place of the phrase, irking fans who accused her of ignoring transgender women.

Since then, Rowling, 54, has defended her position online and has faced even more backlash from followers.

Actor Daniel Radcliffe, who played the beloved character Harry Potter, published an essay on the matter. "Transgender women are women. Any statement to the contrary erases the identity and dignity of transgender people and goes against all advice given by professional health care associations who have far more expertise on this subject matter than either Jo or I," Radcliffe said.

The actor pointed out that "according to The Trevor Project, 78 percent of transgender and nonbinary youth reported being the subject of discrimination due to their gender identity."

Radcliffe said that more must be done to support transgender and nonbinary people to avoid invalidating their identities and causing "further harm."

The star then addressed fans who felt that the book series — which is rife with themes of tolerance, acceptance and love — carries little weight after Rowling's comments.

"To all the people who now feel that their experience of the books has been tarnished or diminished, I am deeply sorry for the pain these comments have caused you. I really hope that you don’t entirely lose what was valuable in these stories to you," he said, noting that learning something from a story is "sacred."