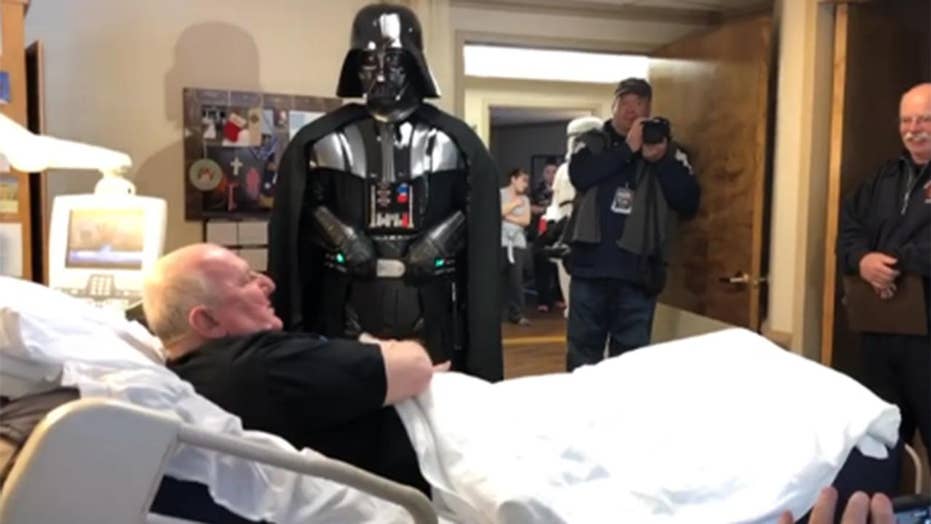 The force is strong with this one.

A dying veteran asked to see the newest “Star Wars” movie before he passed and he received his wish.

Ron Villemaire, 69, of New Hampshire, has stage 4 colon cancer and is in hospice care in Bedford, NH. The U.S. Air Force and Vietnam War veteran asked to see “Star Wars: The Last Jedi” but could not get to a theater to sit down and watch it, FOX47 reported.

Ngo bought tickets to the movie at least a month ago, but Villemaire started experiencing more pain and it became difficult for him to sit up. His daughter, Elizabeth Ngo, asked for the public’s help to grant her dying father his last wish.

The Bedford and New Boston fire departments came through and announced they would take the veteran to a theater.

On Saturday, Villemaire was visited by Darth Vader at his hospital bed and was transported to O’Neil’s Cinemas for the show. Characters from the movie greeted the veteran upon his arrival at the theater. The theater allowed Villemaire and his family to watch the movie together.

"We're also big Star Wars fans and we could help him," Kelly O'Neil, the owner of the theater, told ABC 13. "I think any time you can help someone you should."

Villemaire was ecstatic by the whole experience.

"I hope God will bless each and every one of them just the way I feel blessed right now. He's definitely with me right now," he said. "It's just unbelievable all these people are here, and thank God for Star Wars fans!"