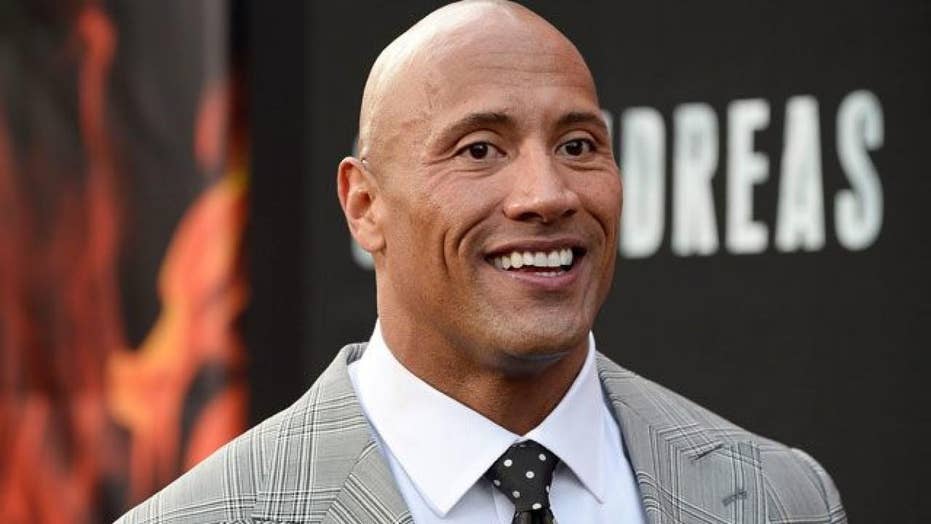 Actor Dwayne ‘The Rock’ Johnson posted a photo of him cradling a baby with Kevin Hart’s image photoshopped onto the child’s body. His Instagram post was an attempt to raise awareness of the mid-term elections and to push people to get out and vote.

Dwayne “The Rock” Johnson wanted to remind voters to think about their children's future while they head to the polls on Election Day.

So, the 46-year-old star posted a picture on Monday of himself cradling a young child with an image of his friend and comedian Kevin Hart's face Photoshopped on the kid's body.

“Get out and VOTE,” the star captioned the Instagram post. “Don’t do it for me. Do it for our little ones. #vote 🇺🇸.”

Johnson and Hart, 39, both appeared in the comedies “Central Intelligence” and “Jumanji: Welcome to the Jungle.” Over the weekend, Johnson shared a photo of the twosome and explained their antics.

“We f--k with each other all the time because it’s what we love to do and the world loves it too,” he wrote, in part.

However, Johnson included a caveat in the caption.

“I still want to slap his little lips into next week though 😂👋🏾,” he added.

Johnson has poked fun at Hart several times on Instagram — including in April 2018 when he called Hart his "beloved son.”

WILL MEGHAN MARKLE VOTE IN THE MIDTERM ELECTIONS?

At the time, Johnson shared a photo made to look like he had the comedian up against his bare chest. The original snap was actually an edited picture of him and his baby daughter.

Johnson also included a poem directed at Hart, along with the hashtags “#Shhhh #JustShutYourLittleMouth#AndGoNightNight #OnDaddysPecMeat.”