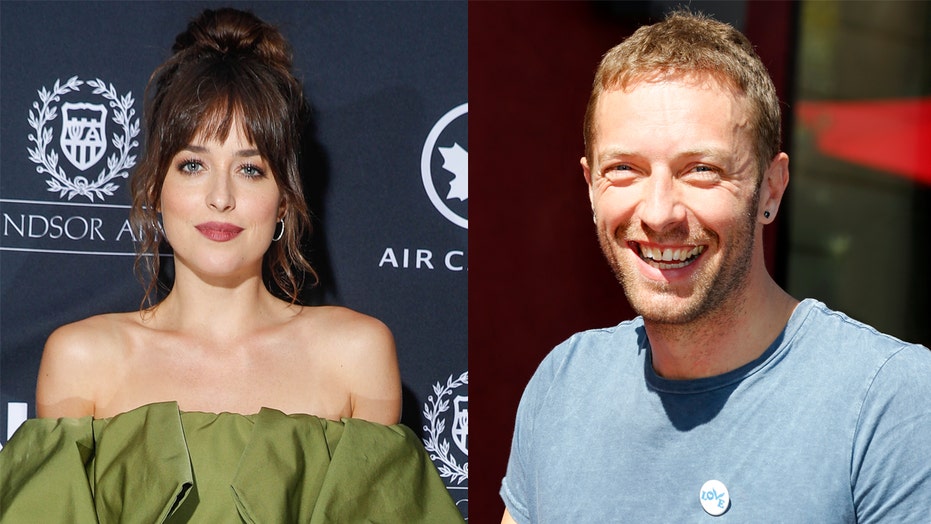 Dakota Johnson is spilling the beans on her relationship.

The 32-year-old "Lost Daughter" star has been dating Coldplay frontman Chris Martin since 2017, and despite being a fan favorite couple, they've managed to maintain a relatively low profile in the years since.

In an interview with Elle UK, Johnson opened up ever so slightly about her relationship with Martin, 44, whom she lives with in a Cape Cod-style house in Point Dume, Malibu.

"We’ve been together for quite a while, and we go out sometimes, but we both work so much that it’s nice to be at home and be cozy and private," she said.

CHRIS MARTIN HONORS GIRLFRIEND DAKOTA JOHNSON DURING COLDPLAY CONCERT: 'THIS IS ABOUT MY UNIVERSE'

Dakota Johnson said that she and Chris Martin enjoy a ‘cozy and private’ relationship. (Getty Images)

Fans first had an inkling that the two were dating when they were spotted on a sushi date in Los Angeles four years ago, and while they're often captured on camera by paparazzi – not to mention, they're both part of very famous families – it's not often that they make public statements about one another.

Of how she and Martin manage to maintain a modicum of privacy, Johnson added: "Most of the partying takes place inside my house."

The two have been dating since 2017 and now live together. (Getty Images)

"… If she's happy, I will be happy, and he's a lovely guy," he said. "And if she decides to get married, I would imagine that there would be grandchildren not too far out for that. I'd be pretty excited about that part."

Johnson is also the daughter of Melanie Griffith, making her the granddaughter of Tippi Hedren and the former step-daughter of Antonio Banderas.

Martin was previously married to Gwyneth Paltrow, who has been open about her affection for Johnson. (Stefanie Keenan/Getty Images for goop)

For Martin's part, he was previously married to Goop CEO Gwyneth Paltrow, whom he maintains a close relationship with, as does Johnson.

"I just adore her," Paltrow, 49, told Harper's Bazaar of her fellow actress nearly two years ago. "I always start to think of the ampersand sign — what else can you bring in, instead of being resistant to or being made insecure by? There's so much juice in leaning in to something like that."