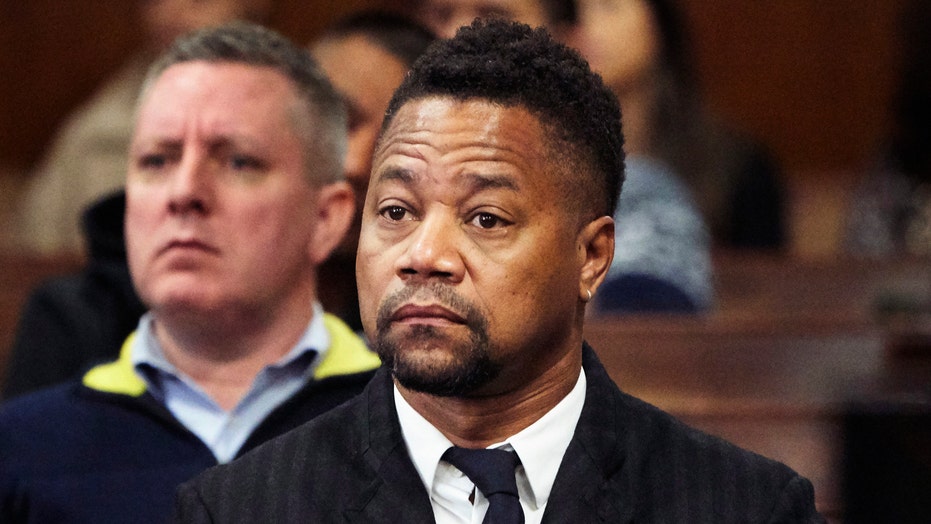 NEW YORK CITY – Actor Cuba Gooding Jr. pleaded not guilty to two more instances of sexual misconduct in a New York City court on Tuesday and was released on his own recognizance.

The assistant district attorney has now gathered misconduct allegations from 14 women whose claims span 2001 to 2018, although only a dozen can testify. The claims all involve allegations he touched or grabbed women at bars, hotels or restaurants.

CUBA GOODING JR. DENIES SEXUALLY ASSAULTING CLAUDIA OSHRY, CLAIMS HE HAS 'NO RECOLLECTION' OF HER

Prosecutors said several of the alleged incidents happened in New York or the Los Angeles area. Others are said to have occurred in Las Vegas, Dallas and Albuquerque. The women could be admitted as witnesses (Molineaux application) to establish a pattern but these are not formal accusers -- only two women are part of the indictment.

The actor, 51, was previously accused of forcible touching after he allegedly groped a woman's breasts in a bar in New York City on June 9.

A 29-year-old woman says he placed his hand on her breast, squeezing it without her consent, at Magic Hour Rooftop Bar Lounge near Times Square. She also alleges he was intoxicated at the time.

Gooding was arrested four days later after turning himself in to police. He pleaded not guilty to forcible touching and sexual abuse charges and was released on his own recognizance.

Cuba Gooding Jr. appears in a courtroom in New York last week. The actor is accused of placing his hand on a 29-year-old woman's breast and squeezing it without her consent in New York on June 9. ((James Keivom/Daily Mail via AP, Pool)

Gooding later asked to have his case thrown out, but he was rejected.

The defense had filed papers saying the misdemeanor forcible touching case should be dismissed based on accounts of two witnesses who say it never happened, and lawyers contend that video from the bar backs up that claim.

The judge ruled that the conflicting accounts should be resolved at a trial.

Gooding would face up to a year in jail if convicted.