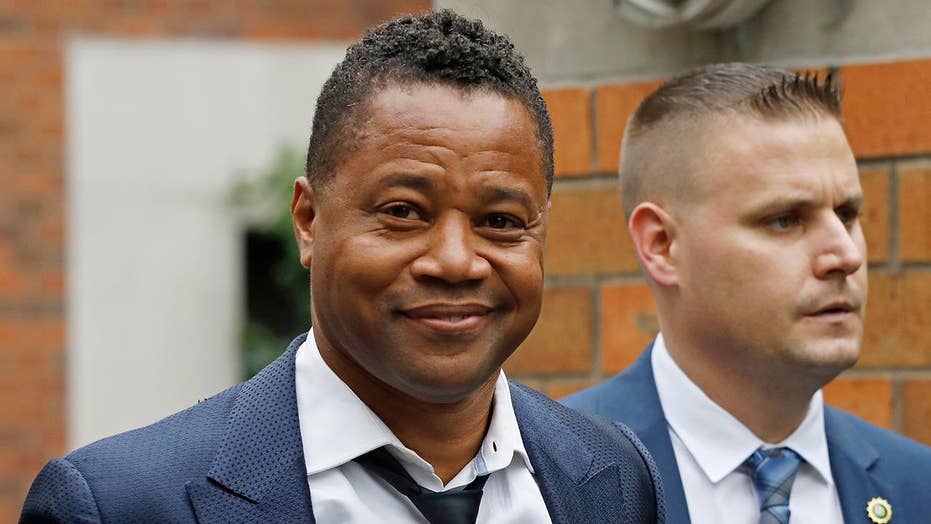 Cuba Gooding Jr. turns himself in to police after woman accuses him of groping her at New York City bar

Manhattan prosecutors rejected defense claims on Wednesday that the woman who accused actor Cuba Gooding Jr. of groping her breast is a basket case.

“Notably, none of these statements bear any relation to the facts of this case or to defendant’s guilt or innocence,” Assistant DA Jenna Long argued in court papers filed Wednesday. “They were simply inflammatory comments used to embarrass and humiliate the complainant.”

Gooding, 51, was arrested last month on misdemeanor charges of forcible touching and sexual abuse. His 30-year-old accuser says he grabbed her breast as his girlfriend, Claudine De Niro, sat in between them at the Magic Hour Rooftop Bar and Lounge inside the Moxy Times Square hotel on June 9.

Grainy surveillance video shows the Oscar-winner reach over De Niro, touch the woman’s breast then take her hand to kiss it.

The “Jerry Maguire” actor has staunchly denied her allegations and several witnesses – including his girlfriend, who is the estranged wife of Robert De Niro’s son Raphael – have backed his account.

Heller trawled the woman’s social media postings and pointed to several statements as evidence of her unreliability and instability.

She described her troubles with anxiety and depression, writing that her “brain was one big fat mess … Some people are scared of others and want nothing more to be invisible. I am not that type of person. I am starving to be seen.”

But Manhattan prosecutors argued against junking the charges, stressing that her admissions had no bearing on the events in question.

“According to the allegation, the complaint’s breast was touched in a sexual manner without her consent,” Long wrote. “An individual feeling violated by another’s touching has understandable harm.”

Her credibility, they argue in the motion, is for a jury to determine.

Prosecutors also asserted that Gooding’s fame should not absolve him of criminal responsibility.

“Simply because a defendant has found success in his or her profession, no matter the field, does not justify thwarting criminal proceedings from advancing to trial, for a fact finder to weigh evidence and decide guilt,” the motion states.

After Gooding’s arrest, another unidentified woman told cops that Gooding groped her more than a decade ago, law enforcement sources have said. That case exceeds a two-year statute of limitations window.

Social media personality Claudia Oshry, 24, also claimed that Gooding sexually violated her when she was 16. Heller has dismissed these now aged claims.