In court documents obtained by Fox News, Loughlin, 54, and Giannulli, 55, said they are waiving their right to appear in court for an arraignment and pleaded not guilty.

The "Fuller House" actress also requested to waive her appearance for an arraignment in the college admissions scandal, the Department of Justice told us.

According to the DOJ, a judge has granted Loughlin and Giannulli's waiver of appearance requests. They did not appear in court on Monday.

The couple is among 50 people charged in the nationwide scam, which authorities say also involved rigging college entrance exam scores.

It's the biggest college admissions case ever prosecuted by the Justice Department. The scandal embroiled elite universities across the country and laid bare the lengths to which status-seeking parents will go to secure their children a coveted spot.

The couple and more than a dozen other parents were hit last week with a money laundering conspiracy charge on top of the mail fraud conspiracy charge they were already facing. Several other indicted parents have also filed court documents entering not guilty pleas.

They now face up to 40 years in prison if convicted. 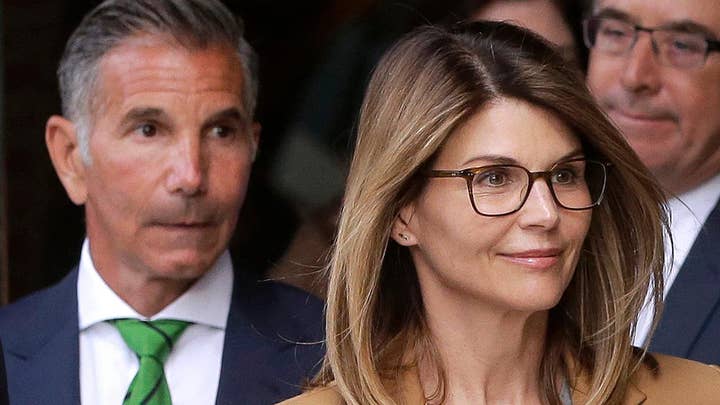 The former Hallmark Channel star and her fashion designer husband were arrested last month and released on $1 million bonds for allegedly bribing their daughters' way into the University of Southern California (USC) for $500,000 each.

Loughlin and Giannulli were charged with mail fraud in March after it was discovered they allegedly paid scam mastermind William "Rick" Singer to have their daughters Isabella and YouTube star Olivia Jade recruited onto the USC crew team despite neither girl being a rower in high school.

The girls' statuses at USC are reportedly on hold amid internal investigations into each student's case.

Giannulli and Loughlin rejected the plea agreement that "Desperate Housewives" actress Felicity Huffman, who was also implicated in the case, accepted earlier this month.

Reps for the couple did not return Fox News' requests for comment. They have not publicly addressed the allegations against them.