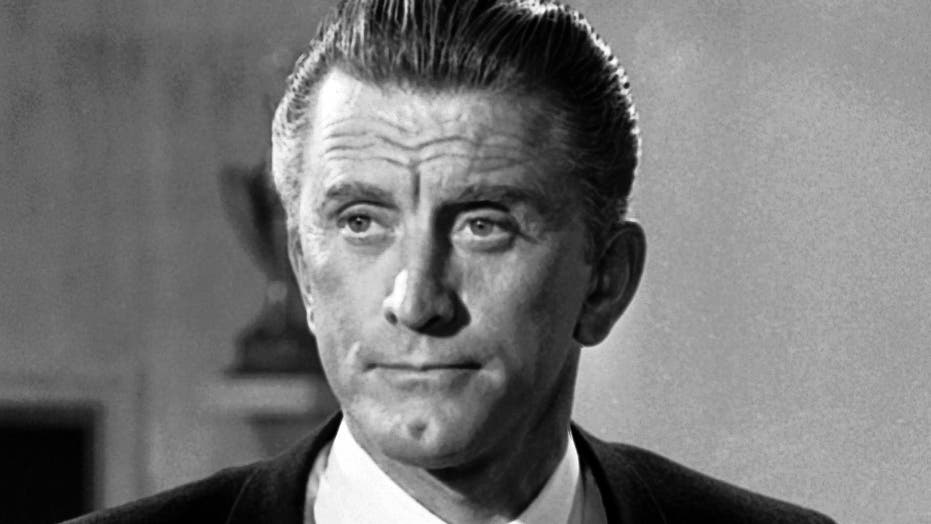 Hollywood legend Kirk Douglas has died at the age of 103.

Kirk's son Michael, also an actor, confirmed the news on Instagram, noting that while the world saw him as a movie star, Kirk was also a family man.

Following the tragic news, an abundance of celebrities took to the Internet to share their grief.

Mitzi Gaynor, Douglas' "For Love or Money" co-star, wrote: "Bravo Kirk Douglas on an incredible life. Thank you for so generously sharing your amazing talent with all of us. The film we made together will always hold a special place in my heart. My love to Anne & your beautiful family. #KirkDouglas."

"Condolences to the family of Kirk Douglas. What an incredible icon he was in this industry!" William Shatner said.

"Star Trek" star George Takei also sent out a message: "Legendary actor Kirk Douglas has passed on today at the age of 103. An Academy Award winning actor and recipient of the Presidential Medal of Freedom, Douglas was a champion for many just causes and lived a long and storied life. He was adored and beloved, and he shall be missed."

"The Evil Dead" star Bruce Campbell wrote, "Kirk! A pillar of Hollywood has fallen. Nobody danced on Viking oars like you! Safe travels, stud!"

Danny DeVito also took to Twitter, saying, "Kirk Douglas. The inspirational Scalawag. 103 years on this earth. That’s got a nice ring to it! Great hanging with you man."

"Licence to Kill" star Robert Davi said, "The REAL SPARTACUS HAS PASSED - we mourn the loss of the 'RAGPICKERS SON' the GREAT KIRK DOUGLAS - What a LIFE 103 we mourn and celebrate his loss - Condolences to the family."

"Heartbroken," wrote Jason Alexander. "Kirk Douglas was a friend and an absolute legend of a star and human. He got better with every passing day. So honored to have known him. My love to his family. We could use a true Spartacus. #ripkirkdouglas."

"Kirk Douglas will always be an icon in the pantheon of Hollywood. He put himself on the line to break the blacklist. My love goes out to my friend Michael and the whole family,” Rob Reiner tweeted.

Ed Asner wrote: “I will always be in awe. May your memory forever be a blessing.”

The Academy also paid tribute to Douglas with a quote from the late actor.

“'I wanted to be an actor ever since I was a kid in the second grade. I did a play, and my mother made a black apron, and I played a shoemaker. After the performance, [my father] gave me my first Oscar: an ice cream cone.' -Kirk Douglas Goodbye to a Hollywood legend," the Academy's tweet read.