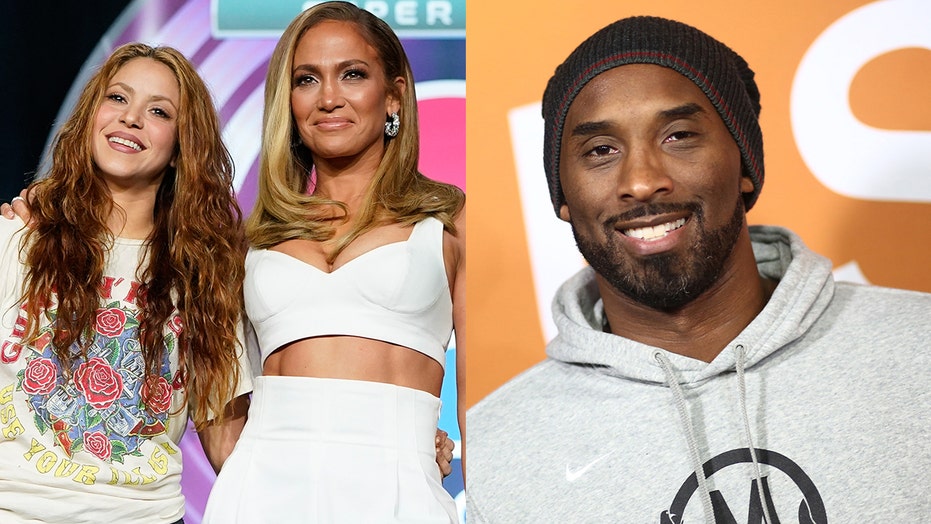 Despite promising a “heartfelt” tribute to late NBA player Kobe Bryant at the Super Bowl LIV halftime show, Jennifer Lopez and Shakira upset some fans who didn’t notice anything of the sort during the big night.

The musical duo took the stage on Sunday for a medley of their hits and a stunning dance performance. However, the tribute to Bryant was more subtle than the two stars previously implied, and many didn’t even notice it at all while watching the show from home.

According to The Hollywood Reporter, a cross was lit with purple and yellow on the field during the halftime show just as JLo's daughter took the stage to sing with her. The colors were a nod to the L.A. Laker, who died along with eight other people, including his 13-year-old daughter Gianna, in a helicopter crash in Calabasas. Calif. a week prior. Despite the promised tribute, it was only really visible to the at-home viewer in overhead shots of the field, which usually included distracting spectacles from the live performers.

Many were quick to take to social media to criticize the NFL and the halftime show for omitting a promised tribute to the beloved athlete, having not noticed the cross at all.

"SOS did I miss the Kobe Bryant tribute or?" one user wrote.

"People were waiting for Pitbull, but I was waiting for the Kobe Bryant tribute during the Halftime Show..." another user wrote.

"So Jennifer Lopez and Shakira used that they were doing a tribute to Kobe Bryant as an excuse to get their views up during the halftime show not only that but then they proceeded to do NO Kobe Bryant tribute like they said they would...but are we surprised?" someone else noted.

Despite the tribute being subtle, its existence makes good on a promise that Lopez and Shakira made during a pre-show press conference that a "heartfelt" tribute to Bryant would be included.

“We have to love people when they're here and not wait," said Lopez. "I think about Vanessa [Bryant] as a mom and losing her best friend and partner and losing her child, you know, how awful that must be for her right now, and I just wanted to send the message and praying God guides her through every moment because she has three more babies to take care of."

Lopez also paid a personal tribute to Bryant and his family following the devastating tragedy. The 50-year-old star took to Instagram to show her support just a day after the news broke.

"We are all feeling sadness from this loss, but all I can think of is that it is a grain of sand compared to what Vanessa must going through right now," she said.

"I am sending all of my love and praying for you, your children and the other families involved in today’s tragic turn of events," she added. "The most unfair thing in life is to lose a child and husband on the same day. Vanessa, I pray for your strength and that God guides you each step of the way through this unimaginable heartbreak."