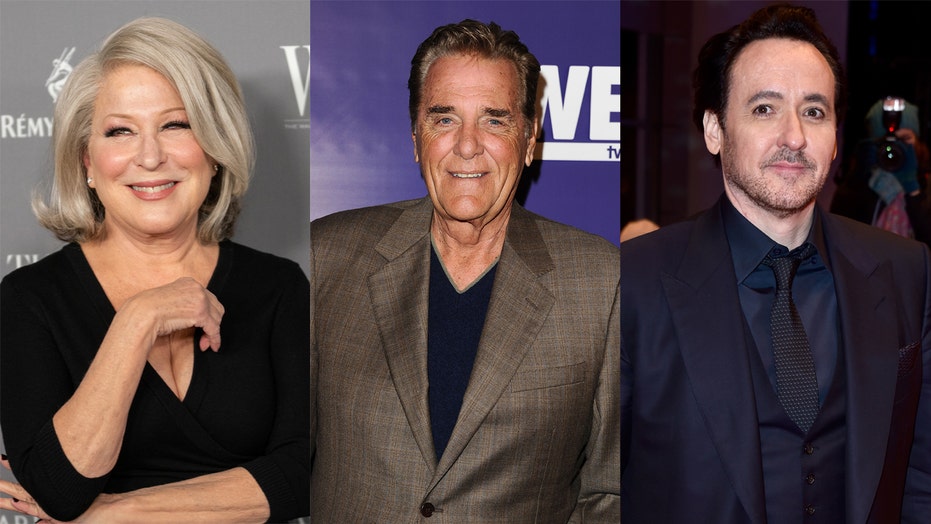 President Donald Trump has declared that "the state of our union is stronger than ever before."

Among those who tuned in to watch the annual update from the president were celebrities like Bette Middler, Sarah Silverman and Chuck Woolery.

As Trump, 73, discussed unemployment, the economy and more, those stars – and more – offered their opinions online.

"Where does he get the stats from? Stephen Miller?" tweeted Midler, 74. "He lies so much, why should we believe him tonight or ever? He THREW PEOPLE OFF food stamps, and didn’t 'lift' people off welfare, he kicked them out to join the homeless."

"The horror is the point The cruelty is the feature," said actor John Cusack. "...Trump is literally lauding himself for kicking 7 million people off of food stamps and millions more off of welfare. He’s proud that struggling families are struggling more. The GOP applauded him. SMH."

"He literally has no idea what he's saying," said Natasha Rothwell.

Rosie O'Donnell chimed in, saying "oh my god where is the lie counter?"

"So many black folks for the #SOTU," wrote actor Jeffrey Wright. "So few for positions of power."

"Right now is the perfect time to watch Little America, an anthology show based on true stories of immigrants to America, on @AppleTV Plus," wrote Kumail Nanjiani.

Rob Reiner, often a critic of Trump, wrote: "Only one thing to say about Rush Limbaugh getting a Presidential Medal [of] Freedom at The State of the Union: I loathe this f--king man."

Wanda Sykes said that she's avoiding the address this year, saying, "That j----ss is not going to ruin my #TacoTuesday."

While many were in opposition, some stars did throw their support behind Trump.

"Democrats are seething as Trump introduces and lifts up and recognizes achievements of one Black person after another," tweeted Woolery, 78.

Actor Robert Davi joined in on the conversation, saying, "GREAT NEW LAW BY @POTUS @realDonaldTrump PROTECTING LAW ABIDING CITIZENS AGAINST THE CRIMINALS IN SANCTUARY CITIES LIKE SOME IN CA - here that STINKY NEWSOM @GavinNewsom."

"The Devil Went Down to Georgia" singer Charlie Daniels wrote online: "Don’t think Nancy much liked the State of the Union speech tonight, she ripped up the copy the president gave her. The truth hurts, don’t it Ms Speaker????"

Kaya Jones, who was once a member of the Pussycat Dolls, wrote, "Best President ever! #DonaldTrump."