ADVERTISEMENT
George Takei is best known for his portrayal of Mr. Sulu in the acclaimed television and film series Star Trek.  He’s an actor, social justice activist, and social media mega-power. This fall, George added Broadway star to his list of accomplishments, with the debut of the Broadway musical, Allegiance. The play is based on his family’s story of the Japanese American internment during World War II. 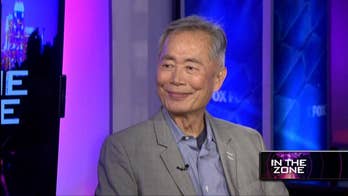 I am thankful, in this year of all years, to live here in America.